The results show the mean change from baseline in PKDD was ‒7.19 for M/M patients, ‒4.58 for P/M patients, and ‒3.94 for mitapivat patients. 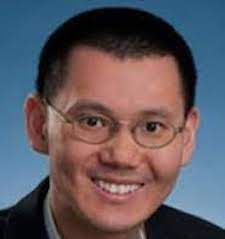 New data presented at the 2022 American Society of Hematology (ASH) Meeting show the use of mitapivat is beneficial for patients with a pyruvate kinase (PK) deficiency.

PK deficiency is a rare, hereditary hemolytic anemia caused by a single gene defect encoding the red blood cell-specific form of PK. The condition is often associated with acute and long-term complications, as well as a spectrum of signs and symptoms including jaundice, fatigue, and dyspnea.

These symptoms can have a profound, wide-ranging impact on health-related quality of life (HRQoL), where patients report physical limitations, negatively impacted social functioning, reduced self-esteem, and concerns for the future.

One potential treatment option is mitapivat, a first-in-class, oral, allosteric activator of PK.

Through clinical trials, the treatment has resulted in improvement in hemoglobin, hemolysis, and transfusion burden in patients with PK deficiency.

Mitapivat is currently approved by the US Food and Drug Administration for the treatment of hemolytic anemia in adults with PK deficiency.

In the long-term extension study, a team, led by Kevin H.M. Kuo, MD, MSc, FRCPC, Division of Hematology, University of Toronto, the investigators described describe PKDD and PKDIA outcomes up to week 84 in patients with PK deficiency previously enrolled in ACTIVATE and ACTIVATE-T trials.

The ACTIVATE trial is placebo-controlled study in which patients were treated with mitapivat (5/20/50 mg twice daily) or placebo for 24 weeks involving 80 patients.

In the open-label, single-arm ACTIVATE-T trial, 27 patients were treated with mitapivat for 40 weeks.

The investigators assessed, changes from baseline in PKDD and PKDIA mean scores at scheduled visits up to week 84 of the LTE for each of the 3 treatment arms.

For both patient-reported outcome instruments, a lower score represents a lower disease burden, and the minimal clinically important change is defined as a reduction of 4.2 and 5.5 in PKDD and PKDIA scores, respectively.

“Treatment with mitapivat was associated with long-term, durable, and clinically meaningful improvements in signs, symptoms, and functional impacts based on disease-specific PRO instruments, irrespective of transfusion status,” the authors wrote. “These results suggest that by improving HRQoL, treatment with mitapivat may provide meaningful patient-centric benefits.”

The study, “Long-Term Improvements in Patient-Reported Outcomes in Patients with Pyruvate Kinase Deficiency Treated with Mitapivat,” was published online by ASH 2022.