Clinical end points that practitioners should consider to help guide therapeutic decisions when caring for patients with inflammatory bowel disease.

Stephen Hanauer, MD: Several recent studies, and you mentioned this with ustekinumab, we now have data on combined endoscopic and histologic improvement. With vedolizumab they’ve been looked at separately, endoscopy and separately histology. What should the practitioner in the community be looking at for their goal for their patient?

Marla Dubinsky, MD: At minimum, everyone should strive for macroscopic, or what traditionally was called endoscopic healing or endoscopic improvement. Obviously, remission would be a 0 on the endoscopic Mayo Score, or an SES-CD [Simple Endoscopic Score for Crohn Disease] less than 2, or less than 3, which means nothing.

Marla Dubinsky, MD: Nothing to be seen. The idea that, at minimum, we want improvement in the short term because not everybody gets complete mucosal healing; if we’re looking at 6 or 8 months, what we want is improvement. To me, you noted at the beginning, deep ulcerations. If you went from deep to superficial, do not change therapies. Keep going and adjust, look for drug concentration, etc. But you can’t expect perfection in the majority of patients. I don’t know if you feel the same.

Stephen Hanauer, MD: I do feel the same, and a common theme is don’t let perfection be the enemy of good. An example I use all the time from that, and you mentioned the CALM study where patients were randomized to receive escalated therapy based on either their symptoms or biomarkers. But the ultimate healing endoscopically was only about 45% in the best group. That means that over half of the patients with Crohn disease, despite feeling better, still had these residual ulcers. I’m now seeing patients who are referred to me from outside clinicians. The patient has felt well. They’ve gone from one biologic to another in Crohn disease because they just can’t get the endoscopic lesions to heal. In that situation, I think good is good enough, because I’m not certain that we can heal all of those deep ulcers in Crohn disease. On the other hand, there’s another scenario, which I think you’ll agree with me, where the patients have these partial obstructions, and they’ve been on 1, 2, and 3 biologics that are going to be futile. In that situation, I am much more likely to resect that piece of bowel and then start anew with post-operative therapy to prevent recurrence, rather than trying to beat the dead horse of these ulcers that just haven’t healed, or the strictures that haven’t healed.

Marla Dubinsky, MD: What we’re missing in Crohn disease is an understanding sometimes that there is progressive bowel wall damage. If you don’t intervene early, there’s bowel remodeling, and yes, you’ll have some ulcers in there, but the thickness of the bowel, the muscle hypertrophy, especially if it’s short segment, we’re using these drugs to prevent complication. To bring out your best therapies when there’s already complication, I’m not sure you’re going to get the best effect. We need to regroup as to when these therapies work.

Stephen Hanauer, MD: Well, there was the old adage that surgery is bad for Crohn disease. That it’s inevitably going to recur. Another one of our advantages over the past several decades is recognizing that we do have drugs that can prevent the recurrence of Crohn disease after surgery.

Marla Dubinsky, MD: We’ve done a disservice to surgery to be fair because even the studies have shown, look at the LYRIC trial and other studies.

Stephen Hanauer, MD: Tell them what the LYRIC trial was.

Marla Dubinsky, MD: The LYRIC trial was where patients had small bowel inflammation, inflammatory narrowing, for example. They randomized them to either get early effective therapy with an anti-TNF medication or surgery. And at the end of the day, it’s not shocking that the patients who had surgery, it was not inferior, shall I say. Or patients did well, and if anything, they described a very high level of quality of life, and also needed less biologic therapy. It was literally showing that, instead of going straight to a biologic, for example in that case, if you have short segment, we should reconsider the positioning of surgery in patients with, in my opinion, short segment small bowel Crohn disease.

Expert Perspectives on the Optimal Management of Inflammatory Bowel DiseaseInflammation 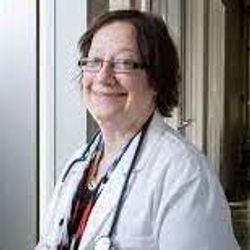