The topline phase 2b data shows both 75 mg and 150 mg doses of atacicept resulted in a 31% mean reduction in proteinuria. 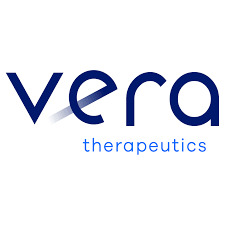 New topline data points to atacicept could be a beneficial treatment for patients with immunoglobulin A nephropathy (IgAN) after the drug met the primary endpoint of the phase 2b ORIGIN trial.

IgAN is an autoimmune disease that could have a multi-hit mechanisms in the inflammatory pathogenic process. It is known that elevated serum Gd-IgA1 plays a key role in IgAN pathogenesis as the first hit. The second hit is likely antibodies developing against Gd-IgA1 (anti-Gd IgA1) leading to formation of immune complexes, which is the third hit.

The circulating immune complexes can then deposit in the kidney and cause a fourth hit injury.

In the multinational, randomized, double-blind, placebo-controlled trial, the investigators evaluated the efficacy and safety of atacicept in 116 patients with IgAN who continue to have persistent proteinuria and remain at a high risk of disease progression despite treatment with ACE or ARB therapy.

The results show a 31% mean reduction compared to baseline (P = 0.037) in the change in proteinuria, evaluated by urine protein creatinine ratio (UPCR) at week 24 of the pooled 75 mg and 150 mg atacicept dose groups.

Finally, a trend toward further reductions in proteinuria was shown in all atacicept groups compared to the placebo group, with 38% of patient data available at the week 36 mark.

The investigators also analyzed changes in eGFR, which was stabilized in the all-atacicept group through week 24. The treatment also reduced galactose-deficient IgA1 (Gd-IgA1) from baseline through week 24.

For safety, the treatment was generally well-tolerated with results consistent with the previously observed safety profile of atacicept. There was a 1% discontinuation rate because of adverse events with comparable rates of infection compared to placebo.

About 2% of patients in all atacicept arms suffered from a serious treatment-emergent adverse event, compared to 9% of participants in the placebo arm.

“IgAN is a serious and progressive autoimmune disease of the kidney, can severely impact quality of life as up to half of patients develop end-stage kidney disease, requiring dialysis or kidney transplant within 20 years of diagnosis,” said Jonathan Barratt, PhD, FRCP, The Mayer Professor of Renal Medicine, University of Leicester, in a statement. “The positive topline results from the ORIGIN clinical trial demonstrate atacicept’s ability to reduce Gd-IgA1, the source of this disease, which in turn leads to clinically meaningful reductions in proteinuria at an early, 24-week time point, and is strongly supportive of a long-term benefit on kidney function.

“A 30% reduction in proteinuria at nine months has shown clear association with slowing of kidney function decline in patients with IgAN, and atacicept – having shown this in the ORIGIN clinical trial – is a promising potential therapy for chronic treatment of IgAN,” he added.

During the 2022 American Society of Nephrology (ASN) Kidney Week conference, investigators found atacicept can reduce both circulatory Gd-IgA1 and anti-GdlgA1, as well as immune complex levels in patients with IgAN.

The results show there were serum IgA-IgG immune complex levels decreases in both patients treated with atacicept 25 mg ab atacicept 75 mg over time.

The positive topline phase 2b data will allow Vera to move forward with a phase 3 trial in the first half of 2023 after discussions with the US Food and Drug Administration (FDA). The company will also present the full data sets from the ORIGIN trial at a future medical meeting.