Swedish investigators noted differences in the prevalence of atopic dermatitis among the 2 sexes, and considered it important data for clinicians that treat patients with the disease. 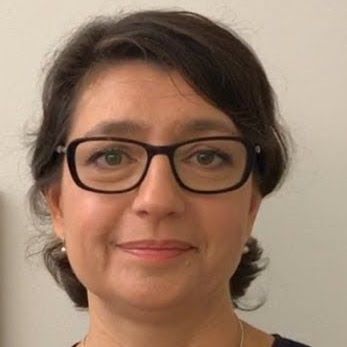 A new Swedish study observed the prevalence of atopic dermatitis in young adults across the country and found the disease was more prevalent in female patients than males at 24 years old.

However, adult onset of atopic dermatitis appeared to be equally prevalent among the 2 sexes in young adulthood.

A recent systematic review reported the 12-month prevalence of the disease to range from 1.3% and 22.7%, based on symptoms. However limited knowledge regarding atopic dermatitis in young adults exists in Sweden, in addition to knowledge gaps in the course of the disease beyond childhood.

Investigators led by Natalia Ballardini, MD, Institute of Environmental Medicine at the Karolinska Institute, detailed the prevalence and characteristics of atopic dermatitis among young adults in a Swedish population-birth cohort.

The BAMSE project was a population-based cohort from Stockholm that recruited newborn children from 1994 to 1996 and followed up to 24 years old. The cohort was comprised of 4089 infants, totaling 75% of all eligible subjects.

Questionnaires were completed by the parents of eligible boy (2065) and girl (2024) patients, which included questions on background factors. Follow-up questions regarding atopic dermatitis, asthma, and rhinitis were issued to parents and participants a 1, 2, 4, 8, 12, and 16 years of age.

By the age of 24 years old, participants were tasked with answering another questionnaire regarding dry skin, itchy skin rash, affected localization, and nocturnal sleep-disturbance due to itch. Questions regarding treatments for the disease were also issued.

After the 24-year follow-up of the BAMSE cohort was finalized in 2019, a total of 3069 participants were included in the study.

Among these participants, those with visible atopic dermatitis were asked to complete Patient-Oriented Eczema Measure (POEM) to assess the severity of their condition.

A total of 2264 (74%) participated in the clinical examination and data on IgE sensitization was available for 2229 (73%) participants.

Investigators observed that atopic dermatitis was significantly more prevalent among females compared with males (20.5 % versus 14.8 %, p<0.0001).

A majority of participants had lived with their disease in early childhood, with symptoms debuting at the age of 2 years. A history of onset atopic dermatitis was more common in males than females (69.5 % versus 60.0 %, p<0.02), and more males than females with the disease had a history of persistent atopic dermatitis (30.5 % versus 21.2 %, p<0.01).

“Our findings demonstrate that in some aspects atopic dermatitis differ between males and females and this is important to consider for clinicians that treat patients with AD, and for future studies of AD,” the team wrote.