Rescue and recovery workers who spent prolonged amounts of time at Ground Zero following the 9/11 terrorist attacks face a significantly higher risk of systemic autoimmune diseases, such as rheumatoid arthritis, according to a new study.

Rescue and recovery workers who spent prolonged amounts of time at Ground Zero following the 9/11 terrorist attacks face a significantly higher risk of systemic autoimmune diseases, such as rheumatoid arthritis, according to a new study.

Mayris Webber, DrPH, MPH of the Department of Epidemiology and Population Health at Montefiore Medical Center and colleagues at the Albert Einstein College of Medicine, Weill-Cornell Medical College, the New York University School of Medicine, and the City of New York report their findings in Arthritis and Rheumatology .

The researchers sought to find out whether acute and chronic exposure to dust and debris at the site of the World Trade Center was associated with risk of new onset systemic autoimmune diseases (SAIDs). They looked at rheumatologist-confirmed autoimmune disease cases diagnosed between Sept. 12, 2001 and Sept. 11, 2013, comparing rescue workers and residents at Ground Zero to control groups.

“We found a strong association between prolonged work at the WTC disaster site such that the odds of SAID increase by about 13% for each month at the site, or more than 3-fold for those who worked at the site for the full 10 months duration,” the authors wrote.

It’s no secret that rescue and recovery workers have suffered many health consequences as a result of their work. The dust generated by the attacks was an amalgam of pulverized cement, glass fibers, silica, asbestos, lead, polycyclic aromatic hydrocarbons, polychlorinated biphenyls, and polychlorinated furans and dioxins, according to the study. Roughly 409,000 rescue workers and residents are believed to have been exposed to that dust. About 120,000 of those people have signed up for various health programs set up after the attacks.

Among the workers in the study who were diagnosed with autoimmune diseases, rheumatoid arthritis (37%) was the most common SAID, followed by spondyloarthritis (22%) inflammatory myositis (14%), and systemic lupus ethythematosus (12%), among others.

The authors say the results of the analysis are compelling, and ought to lead to enhanced surveillance of WTC-exposed workers and residents.

“The states are high because enhanced surveillance can lead to early SAID detection and treatment, which has been shown to improve quality of life and reduce or delay organ damage including erosive joint destruction, kidney fibrosis, and hypertension,” they wrote.

Study Cites Prevalence of OSA in Patients with Rheumatoid Arthritis 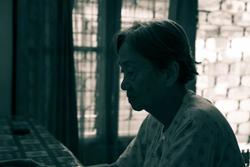 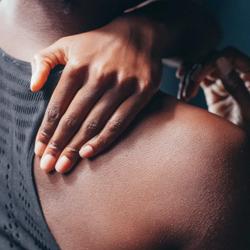