Most people are aware of mosquito-borne diseases such as malaria, West Nile virus, dengue, and chikungunya, but the more foreign Zika virus has officially made its way into the United States after making the rounds in South and Central America. 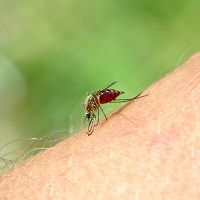 Most people are aware of mosquito-borne diseases such as malaria, West Nile virus, dengue, and chikungunya, but the more foreign Zika virus has officially made its way into the United States after making the rounds in South and Central America.

The Zika virus, part of the Aedes aegypti species of mosquito, commonly causes fever, rash, joint pain, or conjunctivitis. Headache, vomiting, muscle pain, and pain behind the eyes are also known symptoms. Even though symptoms are usually mild and last no more than a week, investigators are finding that it could be linked to more serious conditions; and without a vaccine or specific treatment, this virus can cause some life-changing damage.

In May 2015, a Zika outbreak began in Brazil and has now spread to at least 10 different countries near the Caribbean. A rise in birth defects lead to the suspicion that the virus causes infants to be born with smaller-than-normal head size. On New Year’s Eve, the Centers for Disease Control and Prevention (CDC) released a statement confirming that Zika had made its way to Puerto Rico. Sources verified the first diagnosis in the United States on January 12, 2016. Apparently, a man traveled to El Salvador and returned to the Houston, Texas area with the disease.

“Whereas in the past, Aedes aegypti would not establish itself in more temperate regions, climate change would result in its northern or southern expansion. That change in range will also be accompanied by the introduction of these viruses in these territories,” Nikos Vasilakis, from the University of Texas Medical Branch at Galveston, told TIME. 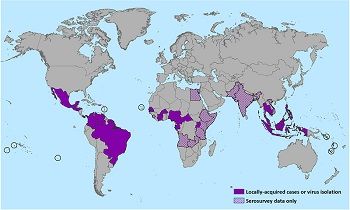 Up until this point there have been few complete genomes for the Zika virus in general, but there hasn’t been any for the most recent strain. Researchers from the Institut Pasteur in French Guiana, one of the countries on the northeast coast of South America where there have been recent confirmed Zika cases, uncovered the first genome sequence of this particular outbreak.

The Zika virus rampaged through the French Polynesia (made up of the islands Tahiti, Bora Bora, Mo’orea, etc.) in 2013 and 2014. It turns out that the current Zika strain has over 99% homology with the one that was in the French Polynesia, according to the report in The Lancet.

What to Read Next >>> How Prepared Are We to Handle Another Ebola Outbreak?