The research examined how anxiety and pre-bedtime behaviors that are often reported in primary care settings impact sleep health and discussed targeted interventions for effective treatment.

Problems with sleep permeate all of healthcare and evidence has shown an increased prevalence among anxious individuals. In the primary care setting, anxiety disorders are among the most common mental health conditions patients present with, or report to their primary care practitioner (PCP).

At least 50% of primary care patients experience occasional insomnia, while 19% struggle with chronic insomnia. Previous research has revealed that individuals seeking professional support for their sleep issues are more likely to address it with their PCP than with a mental health professional.

To further understand the predictors of sleep disturbance, including anxiety, sleep duration, and bedtime procrastination, the primary care setting serves as the "critical hub" for investigation, according to study authors Rebecca L. Campbell, MA, and Ana J. Bridges, PhD, Department of Psychological Science, University of Arkansas.

To assess this, 308 adult primary care patients (predominantly women) were included in their research. Patients who initiated behavioral health services through primary care were enrolled at the inegrated care clinic and completed a questionnaire which measured psychological health and sleep behaviors. Structural equation modeling was implemented for the analysis.

The Anxiety and Sleep Dynamic

The total average sleep time was 7 hours per night with a 1.82 hour delay in falling asleep. Reports of struggling with sleep ranged from "sometimes" to "often". Those with longer sleep duration exhibited significantly less anxiety and bedtime procrastination.

Data demonstrated that bedtime procrastination was a partial mediator of anxiety and sleep problems, but the role of total sleep time was not significant. As predicted, higher anxiety was linked to increased issues around sleep with the relationship exhibiting a robust association.

More specifically, participating patients that were more anxious slept fewer hours per night and reported considerably greater bedtime procrastination, leading invesitgators to speculate that the habit could be a form of anxious avoidance. They also stated the possibility that those with more life stressors could be managing their stressors while experiencing anxiety and procrastinating bedtime.

Additionally, the attentional gate model of time perception was acknolwedged in the study's discussion, alluding to research that's shown perceptional differences in time estimation among individuals with anxiety disorders. This would support the idea that these individuals could have overestimated their bedtime procrastination and therefore, underestimated their total sleep time.

Other signficant associations identified in the findings included the direct relationship between age and total sleep time as well as age and bedtime procrastination. Older individuals appeared to sleep less and were less likely to procrastinate their bedtimes than their younger counterparts. In contrast, age was not directly associated with sleep problems.

"While replication will be important, our study suggests some fruitful clinical avenues to pursue when helping primary care behavioral health patients improve their sleep," investigators stated.

"First and foremost, we find anxiety is associated with sleep problems in primary care behavioral health patients and that this association was partially statistically mediated through anxiety's association with greater bedtime procrastination," they continued. "Second, mental health clinicians working with primary care patients should investigate how anxiety and sleep problems may be linked—and especially consider the role of anxiety in bedtime routines and bedtime procrastination."

The study "Bedtime procrastination mediates the relation between anxiety and sleep problems" was published in the Journal of Clinical Psychology. 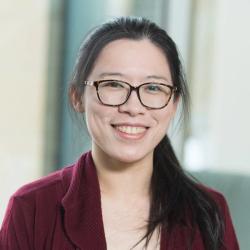 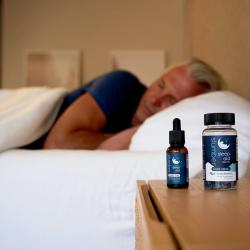 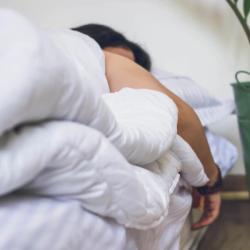