Behavioral model predicts when MS patients decline treatment for delayed or insufficient benefit, and the probability and severity of side effects. 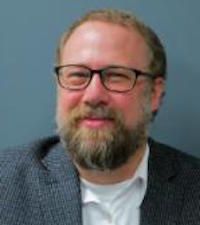 A new behavioral model predicts when multiple sclerosis (MS) patients are likely to refuse disease modifying therapy (DMT) because of variable and delayed efficacy and the probability and potential severity of side effects.

David Jarmolowicz, PhD, of the Department of Applied Behavioral Science at the University of Kansas, and colleagues pointed out that although DMTs can prevent MS-related symptom flare-ups and slow overall disease progress, only approximately 50% of patients agree to initiate treatment, and 25% to 50% stop taking the treatment against medical advice.

"In our prior research, we found that both side effect probability and side effect severity impacted choice," Jarmolowicz told MD Magazine®. "In this study, we wanted to know how these behaviorally active factors interacted."

Jarmolowicz and colleagues recruited 299 participants from an MS specialty clinic to complete study questionnaires during their clinic visit on a provided laptop computer or remotely by connecting to a dedicated server after the visit. The cohort comprised 73.3% with relapsing-remitting MS, 17.5% had secondary progressive MS, 7.9% had primary progressive MS, and 1.4% had relapsing progressive MS.

The patient allowed the team to model both different influences on patients’ treatment adherence, as well as their own willingness to take their medication, Jarmolowicz said.

The questionnaire elicited likelihood (0% to 100%) of taking a hypothetical DMT with the probability of side effects (11 values from 0.1% to 99.9%) and projected medication efficacies (11 values from 0.1% to 99.9%). Participants responded to these queries across a full range of likely medication efficacies for different probabilities of mild, moderate, and severe side effects.

The investigators described their analytic model as more nuanced than those previously applied, and capable of accurately describing DMT choices in a larger sample and across a wide and interactive parametric space. Their model measures patients' propensity to devalue delayed rewards—termed "delay discounting” in earlier models&mdash;but includes other measures that they posit may more directly reflect medication choices.

Jarmolowicz and colleagues factored in probability discounting as more pertinent than delay discounting, for example, given that DMTs do not produce immediately discernable improvements, but rather decrease the probability of symptoms while carrying substantial probability of side effects.

They also incorporated both the probability and the severity of side effects into the modeling. he model also included measures of patients' "psychophysical" scaling of side effects and efficacy.

Principle among their findings, Jarmolowicz and colleagues reported that patients' likelihood of taking medications systematically decreased as the probability of side effects increased or efficacy decreased. This pattern remained despite an increase in its degree as the side effects became more severe.

While suggesting that their approach using probability discounting could advance efforts to predict patients' decision to initiate treatment as recommended, they acknowledge that the design could be further refined. For example, while this study used a hypothetical DMT, future designs with specific medications might have particular utility for targeted patients.

Additionally, while this study examined variables influencing the decision to initiate treatment, they anticipate future studies will seek to identify factors that influence adherence.

In discussing the study with MD Mag, Jarmolowicz considered the suggestion that it might seem intuitive that patients would tend to decline treatment with delayed benefit but immediate and possibly severe side effects.

"Intuition is seldom precise," he responded. "We find that behavioral economic models allow us to take these observations and leverage them to predict important patient behavior. Once we can predict behavior, we are halfway to improving it."