There has been controversy over the efficacy and safety of step-therapy for neovascular age-related macular degeneration.

There are high costs related to US Food and Drug Administration (FDA)-approved anti-VEGF agents for neovascular age-related macular degeneration (nAMD). However, step-therapy requiring initial treatment with bevacizumab is currently being proposed nationally.

This proposal is not without controversy, as some do not believe in the efficacy of bevacizumab step-therapy.

A team, led by Jonathan Siktberg, BBA, examined the efficacy of bevacizumab step-therapy to treat neovascular age-related macular degeneration. The findings of the research presented were at the American Society of Retina Specialists (ASRS 2020) Virtual Sessions.

The researchers performed a retrospective cohort study of the step-therapy protocol at the Vanderbilt University School of Medicine, which was instituted in 2012. The investigators analyzed the clinical course of 133 patients meeting the inclusion criteria of being treated within the nAMD step-therapy protocol with at least 3 consecutive monthly injections of bevacizumab from January 2012 to August 2018.

The team excluded patients if they had past intraocular surgery other than cataract surgery. The age range was 59-106.

The investigators sought primary outcomes of the success rate of the step-therapy, defined as achieving a stable injection regimen without the recurrence of neovascular age-related macular degeneration, the loss of 3 or more Snellen chart lines, or requirement of switching to an FDA-approved anti-VEGF agent.

Of the 133 patients in the study, 106 (80%) achieved treatment stability on the study drug and 70 (53%) were stable on injections every 8 weeks or longer. In addition, 36 patients (27%) required injections more frequently than every 8 weeks. For the 27 patients who failed, 14 did not switch to another drug and 13 were switched to aflibercept.

Findings of a recent study demonstrate dexamethasone implant and anti-vascular endothelial growth factor (VEGF) treatment may be useful in eyes resistant to monotherapy.

Raja Narayanan, MD, MBA, and a team of investigators evaluated the efficacy of combination dexamethasone implant and anti-VEGF therapy in eyes resistant to anti-VEGF monotherapy in age-related macular degeneration in an Asian population. A retrospective study was conducted among 16 patients (17 eyes) who were resistant to anti-VEGF injections. Cases were resistant if they had less than 10% reduction in macular thickness on optical coherence tomography.

Narayanan reported a significant reduction in macular edema as seen on optical coherence tomography. The mean thickness reduced from 612.05 microns to 306.81 microns at the last visit, which was statistically significant (P=.001).

The visual acuity was not statistically significant from baseline at 1 month and last follow-up. The mean injection-free interval in patients after the dexamethasone implant was 169.8 days, which was significantly greater than the pre-injection mean of 35.2 days (P <.001).

The study, “Efficacy of Bevacizumab Step-Therapy for Age-Related Macular Degeneration,” was published online by ASRS 2020. 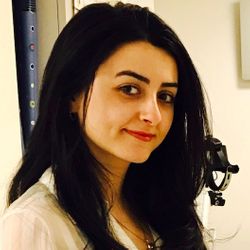 The Risk and Heritability of Glaucoma 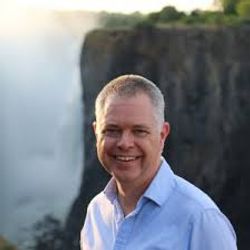