The first results of bevacizumab in the adjuvant treatment of ovarian cancer were just released by the drug makers, Genentech/Roche.

The first results of bevacizumab in the adjuvant treatment of ovarian cancer were just released by the drug makers, Genentech/Roche. The trial conducted by the Gynecologic Oncology Group (GOG 218) tested standard chemotherapy using carboplatin and paclitaxel [CT] and employed bevacizumab or placebo in one of three arms: (1) CT+placebo for six cycles followd by placebo for a total of one year; (2) CT+ bevacizumab for six cycles followed by placebo; (3) CT + bevacizumab followed by bevacizumab for one year. Women who had a new diagnosis of ovarian cancer and had been surgically treated so that they had either no or very little disease at the end of surgery (ie, optimally reduced) and those who had surgery but still had disease following it (ie, suboptimally reduced) were allowed to participate. Over 1800 women participated in the study.

While no specific data has been released, the primary endpoint of progression-free survival was improved specifically in arm 3, indicating that treatment beyond six cycles, so-called maintenance therapy, with bevacizumab helped. There were also no new or alarming side effects seen, and toxicity was in keeping with already known toxicity of the agent- this is important because there has been a concern that women with ovarian cancer may be susceptible to perforation of their bowels more so than with other cancers.

Of course, the details will be very important. What was the improvement? While it may have been "statistically significant" will it translate in to something clinically meaningful? In addition, since it is an adjuvant trial, will lengthening the time the cancer does not return or worsen (which is meant by progression-free survival) translate in to an overall survival advantage?? That is, will using bevacizumab for one year help me live longer? This should be the ultimate endpoint of adjuvant trials, and we await the data to come.

It's important to ask these questions, particularly in the national state we are in financially. In today's world where cost containment and improved health coverage are being discussed seriously (some would say, for the first time) can we afford to do this? Back in 2006 Grusenmeyer and Gralla presented a poster at the American Society of Clinical Oncology asking the question of what the cost-benefit was of adding bevacizumab to adjuvant CT in non-small cell lung cancer, after data was released that bevacizumab improved survival by 2.3 months. Their end result was that the addition of Bevacizumab cost $345,762 per year of life gained.

We must start reviewing data more closely, particularly when we seek to change standard of care. What do we expect to see in our adjuvant trials? Is progression-free survival a "good enough" end point or should the bar be set at overall survival? What about the cost implications- what role does consideration of cost have when it comes to reviewing data? How much is too much?

This will definitely be continued... Results will be released at the American Society of Clinical Oncology meeting this spring. 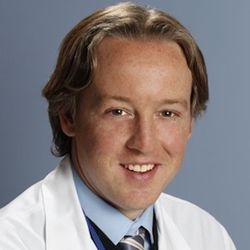