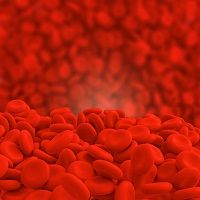 A report recently published in the Journal of Biosensors & Bioelectronics explored the design and use of a device to measure uric acid with a near-infrared spectroscopy-based sensor. The study was written by Jae Kim of the University of Central Florida College of Medicine.

According to the study, current methods for measuring uric acid, which include a blood draw or a specific type of computed tomography (CT) scan called dual-energy computed tomography (DECT), are “invasiveness, necessity for the presence of a professional to perform the task, the lengthy time frame of obtaining results, and the high cost incurred.” a near-infrared spectroscopy device could be cost-effective, portable, and noninvasive.

The author developed and tested a prototype that would detect uric acid in a solution that mimicked human blood in order to “review its potential development as a preventative tool to measure the uric acid level in the blood noninvasively.” An aqueous solution was used as a model for the “uric acid concentration in the blood, and albumin was incorporated as a realistic biomarker in the blood.” The next phase of research will be to use actual blood samples.

Future work will include “more interfering substances such as transcutaneous model and more blood interference molecules.” The author noted that “accuracy of the sensor is limited by the accuracy of the infrared emitter, receiver, and data processing chips.”