Vitamin D levels that are either very low or very high are associated with cardiovascular death rates, a Danish study found. The question is whether than relationship is causal or just an association. 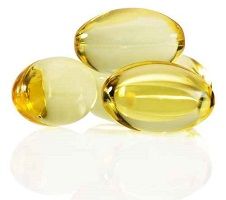 Too much vitamin D may be just as bad as too little, a Danish study found.

Writing in the Journal of Clinical Endocrinology and Metabolism, Peter Schwarz, MD, of the University of Copenhagen’s department of clinical medicine, and colleagues reported on deaths in a cohort of nearly 247,574 patients. The team first identified that cohort, then in a 7-year follow-up, looked at data on 16,645 of those subjects who died during the study period. Their causes of death were recorded in the Danish Registry of Causes of Death.

Because there was data available on 25-hydroxyvitamin D levels in all patients in the cohort, they were able to assess how those levels correlated with various causes of death.

The researchers found that both low and high levels of vitamin D were associated with cardiovascular disease, stroke, and acute myocardial mortality.

But they could not rule out the possibility that the vitamin levels were merely an association rather than a causal factor. For instance, other studies have suggested that a gene that affects vitamin D status could also play a role in determining cardiovascular risk factors.

“There is a need for randomized clinical trials which include information on the effects of 25-hydroxyviamin D levels above 100 nmol/L,” Schwarz concluded.