Researchers discovered a ruptured balloon can be louder than a shotgun.

They are a birthday party staple, but also an audiologist’s nightmare. Balloons appear to be an enemy to eardrums, according to a new study from the University of Alberta.

“This research is a conversation starter,” Bill Hodgetts, PhD, an associate professor of audiology, said in a news release.

Hodgetts, along with Dylan Scott, BSc, MSc, an expert in acoustic engineering, measured how popping balloons impact hearing and how they can ultimately lead to hearing loss. The idea came to Hodgetts after watching a video of children popping hundreds of balloons. As an audiologist, he was concerned about how loud the act was and how could impact kids’ ears.

Equipped with ear protection, the duo looked at three different types of balloons: inflated to rupture, crushed to pop, and popped with a pin.

The ruptured balloon (meaning it was blown up until it popped) had the loudest sound, reaching 168 decibels. To put that into context, a 12-gauge shotgun measures in at 162 decibels. Hodgetts and Scott went as far as saying that the highest noise level was nearly as loud as a .357 magnum pistol. A level of 85 decibels or higher can cause permanent hearing damage, according to doctor-run website Dangerous Decibels.

The researchers noted that they suspected balloons could be hazardous, but did not anticipate the level of potential danger that was actually discovered.

The hearing loss risk associated with busting balloons are based off of the assumption that someone would be exposed to the sound for a long period of time. For example, a recent animal study found that two hours of 100 decibels exposure showed significantly greater hearing loss with age compared to controls.

“We are not saying don’t play with balloons and don’t have fun, just try to guard against popping them,” Hodgetts continued. However, every loud noise can potentially harm hearing in the long run, so people need to be mindful of what they’re exposing their ears to.

Results from the study indicated that one or two balloon-popping exposures to children, who tend to have more sensitive ears, may be all it takes for it be considered potentially hazardous.

“Hearing loss is one of those invisible problem—until you have it, you don’t even think about it. Once you have it, it impacts everything,” Hodgetts concluded.

The study, “Did You Know How Loud Balloons Can Be?” was published in Canadian Audiologist. The news release was provided by the U of A. 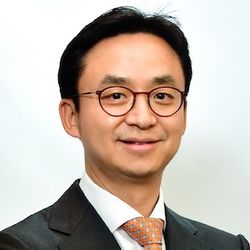