Amgen announced the FDA has approved its etelcalcetide for dialysis patients.

The US Food and Drug Administration (FDA) today approved etelcalcetide (Parsabiv/Amgen) for treatment of secondary hyperparathyroidism (HPT) in adult patients with chronic kidney disease who are on dialysis.

The drug is an intravenous cacimimetic.

According to Amgen's Sean Harper, MD, executive vice president of Research and Development, "Parsabiv not only has demonstrated strong efficacy in clinical trials, it fills an unmet need by putting the delivery of the therapy in the hands of the health care professional."

Often occurring in patients in Stage 5 of chronic kidney disease, secondary HPT refers to the excessive secretion of parathyroid hormone (PTH) by the parathyroid glands in response to decreased renal function and impaired mineral metabolism, Parsabiv binds to and activates the calcium-sensing receptor on the parathyroid gland, thereby causing decreases in PTH.

Secondary HPT is a serious condition and the proportion of patients unable to reach recommended secondary HPT lab targets has more than doubled in the last five years. Cinacalcet (Sensipar), the first FDA-approved calcimimetic, became an important treatment for patients with secondary HPT on dialysis based on its ability to reduce three important biochemical abnormalities (PTH, calcium, phosphorus). Parsabiv is a novel calcimimetic that can be delivered intravenously at the end the hemodialysis session and has been demonstrated to effectively reduce levels of PTH, corrected calcium and phosphate. These reductions were maintained for up to 78 weeks.

The approval was based on two 26-week randomized trial involving 1,023 patients with moderate to severe HPT.

The studies showed patients on the drug did significantly better than those on placebo,

Amgen also provided additional details and graphics about the drug. 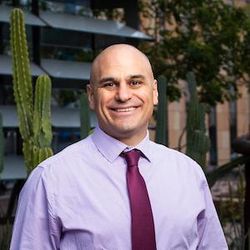