â€œPhysical exercise is an essential component of any treatment for fibromyalgia, and plenty of studies have demonstrated that low-impact aerobic exercise offers the most benefits," said Jamil Natour, MD, PhD.

Fibromyalgia is one condition that tends to get swept under the rug, and there are several reasons for that. For one, the condition does not have a specific test for diagnosis. Beyond that, patients don’t present physical disease activity and it isn’t fatal. Luckily, researchers continue to look for answers and obtain more insight with each study, including the latest one on exercises for those with fibromyalgia.

“Physical exercise is an essential component of any treatment for fibromyalgia, and plenty of studies have demonstrated that low-impact aerobic exercise offers the most benefits. However, not everyone likes or is able to do the same kind of physical activity so our group decided to test alternatives,” principal investigator Jamil Natour, MD, PhD, a professor of rheumatology at the Federal University of São Paulo (UNIFESP), said in a news release.

Swimming is one low-impact form of exercise option, but it hadn’t been assessed “with proper scientific rigor,” Natour said. So that’s exactly what the UNIFESP researchers set out to determine. Women make up the majority of the fibromyalgia population — being 10 times more likely to have the condition. So the study included 75 sedentary women ages 18 to 60 diagnosed with fibromyalgia.

The cohort was randomly split to either do practiced freestyle swimming or moderate open-air walking for 50 minutes, three times a week for 12 weeks. Physical education professionals specializing rheumatology oversaw the sessions, as described in the journal Physical Medicine and Rehabilitation.

Using a visual scale ranging from 0 cm (no pain) to 10 cm (unbearable pain), the researchers reported pain levels from baseline to end of therapy. A change of at least two is considered significant, according to Natour.

In the 39 women who partook in swimming, average pain intensity decreased from 6.2 to 3.6. The 36 women in the walking group experienced an average decrease from 6.4 to 3.1.

“The results of this clinical trial showed swimming was as beneficial as walking, whose positive effects have clearly been demonstrated,” Natour continued. “Swimming can be a preferable option for a person who suffers from both fibromyalgia and knee arthrosis, for example.”

The European League Against Rheumatism (EULAR) just provided recommendations for patients with fibromyalgia, naming the top one as exercise. So these new findings point patients towards another non-pharmacological pain relief method — not that medication controls pain in most people anyway. 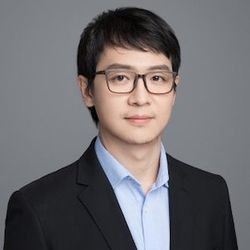