Expert Perspectives in the Management of Opioid Induced Constipation - Episode 13

Collaboration Among Specialists in the Management of Opioid-Induced Constipation

William F. Peacock, MD: What other recommendations do you have for PCPs [primary care physicians] and emergency departments [EDs] for collaborating on care and treatment when selecting in OIC [opioid-induced constipation]?

Conar Fitton, MD: I tend to go back to what Neel was alluding to. Sometimes it’s harder for the ED, because the prescription process for us is very different in the outpatient setting. We get earlier flags from pharmacies or pharmacies can communicate with us within a short period of time, whereas the EDs are often mayhem, and if Walgreens is calling because something isn’t on the formulary, they aren’t going to get anyone.

For us, it’s a little different. The biggest issue that we run into when choosing one is drug-to-drug interactions. That’s why we use methylnaltrexone the most while transitioning inpatient to outpatient with subacute orals. The ability to not have that concern with the lack of being metabolized by a CYP3A4 is generally how I’d do it. But the best therapy is going to be the one that the patient gets and the one that’s going to be efficacious for them. Regardless of which one, as long as it’s efficacious and safe for them to take and they benefit from it, then we’re happy.

Neel Mehta, MD: I absolutely agree. No. 1 is speed of onset. Making a decision on how quickly this patient needs relief leads me down to this subcutaneous recommendation. With the transition to oral therapies, matching the one that you tried in the subcutaneous formulation and avoidance of any drug-to-drug interactions is key. If it can be avoided, why go through the risk of trying something else? In terms of working with our colleagues, hopefully they’re familiar, and access to getting the drug is so vital. Sometimes we have to argue with the insurance companies for we want, and hopefully we’re successful. 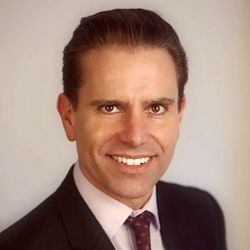 Future Directions in the Treatment of Opioid-Induced Constipation