Harvard University investigators found that both diacetyl and 2,3-pentanedione initiated changes in gene expressions that reduced the number of ciliated cells, and impacted how well they functioned. 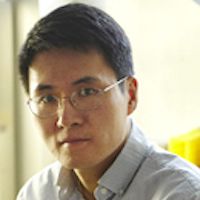 Cilia are hair-like projections that keep airway passages clean by removing bacteria and other foreign particles. The research was led by Quan Lu, PhD, associate professor of Environmental Genetics and Pathophysiology, and Joe Allen, PhD, assistant professor of Exposure Assessment Science, both of Harvard University. The chemicals of particular interest to investigators are diacetyl and 2,3-pentanedione—both commonly used to flavor to e-cigarette liquid.

Diacetyl also has a history; because of its buttery flavor, it was frequently used to flavor popcorn. But a few studies published in the early 2000s linked the compound to the development of bronchiolitis obliterans, an irreversible lung disease that was famously diagnosed in some popcorn factory workers. Though the risk was low for consumers, some major popcorn manufacturers made the decision to create new recipes excluding diacetyl.

“Our interest in e-cigarettes stems from the current knowledge that there are millions of users of these products, including kids, and the historic knowledge that workers who inhaled flavoring chemicals were at higher risk for developing bronchiolitis obliterans,” Allen said. “These flavorings are tested for ingestion safety, not inhalation safety, yet millions of e-cigarette users are inhaling them daily.”

According to the National Youth Tobacco Survey, 2011-2018, almost 15% of students, including those in middle and high school, have used e-cigarettes. While e-cigarettes contain less of the harmful ingredients in traditional cigarettes, it is not harmless. ENDS products still contain nicotine, which can harmful to developing brains.

For the study, investigators used mature, primary normal human bronchial epithelial (NHBE) cells that were cultured in an air-liquid interface (ALI) for 14 days to imitate the environment of a human airway.

The cells were then exposed to 25 ppm of diacetyl, 100 ppm of 2,3-pentanedion, or water (control). After 24-hour exposure, the total RNAs were extracted from the cells and RNA sequencing was performed. Results showed that both diacetyl and 2,3-pentanedione initiated changes in gene expressions that reduced the number of ciliated cells and impacted how well they functioned.

Investigators state that cilia function can be changed by many factors: how they move, their length, the ratio of ciliated areas to non-ciliated areas, their structure and location, mucus lining of the epithelium, and internal and external elements.

“Impaired cilia cell function has been associated with almost all lung diseases, including COPD and asthma,” Lu said. “It is likely that patients with lung diseases may be more susceptible to the adverse effects of e-cigarette flavoring chemicals.”

The next steps are to test the effect of other chemicals in e-cigarettes using their primary culture system and RNA-sequencing technique and use diseased airway cells to see if patients with asthma or COPD are indeed more reactive to e-cigarette chemicals.