Clinical improvement was identified in 63% of patients treated with continuous enteral vancomycin. 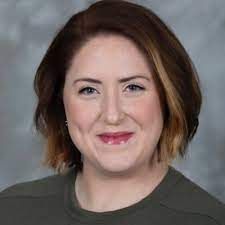 Severe C difficile infection-related colitis comes with high morbidity and mortality rates, with a high-degree of suspicion of infection required for susceptible patient population for early diagnosis and treatment.

Currently, guidelines call for first-line treatment of oral vancomycin with intravenous metronidazole. In addition, when the medication fails, an early total colectomy is conducted.

For critically ill patients with a high surgical risk and multiple comorbidities, loop ileostomy creation and enteral vancomycin infusion have been used with limited success.

In the study, the investigators examined 11 non-pregnant patients admitted to the intensive care unit (ICU) for severe CDI between October 2012 and October 2016. Each patient received continuous enteral vancomycin following the failure of conventional therapy at Methodist Hospital. The median age of the patient population was 64 years and 67% were females.

For the initial treatment regimen, 10 patients were treated with oral vancomycin with a minimum dose of 125 mg and a maximum dose of 500 mg for an average duration of 101 hours.

There were some adverse events identified during the initial vancomycin oral treatment.

The 1-2 mg/ml vancomycin was run continuously through a feeding pump at 42 ml/hour through a post-pyloric feeding tube.

The investigators sought a primary efficacy endpoint of clinical improvement defined as a decrease in stool output, decreased vasopressor requirement, or improved leukocytosis.

They also sought secondary endpoints of treatment failure defined as the need for total colectomy or death because of severe CDI.

“CEV resulted in clinical improvement in most patients with severe CDI who were at high surgical risk,” the authors wrote. “Sustained intestinal vancomycin delivery may increase luminal concentration and bactericidal effect. The use of a feeding tube and pump provides an effective and less invasive route of vancomycin delivery in critically ill patients.”