Only a few studies have examined over-diagnosis, which investigators note is common if the diagnosis is based on symptoms alone or on a pre-bronchodilator spirometry. 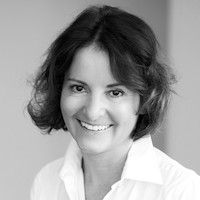 Chronic obstructive pulmonary disease (COPD) is a condition without a cure, so early diagnosis and management is imperative. While it’s been proven that under-diagnosis is an issue, a recent study found that over-diagnosis could also be a problem.

Investigators evaluated data from the ongoing population-based Burden of Obstructive Lung Disease (BOLD) study of the prevalence of COPD throughout regions in the 6 inhabited continents. The information used in this study was collected by BOLD between 2003 and 2012, and included data from 23 sites and 20 countries.

About 12 million adults in the US are diagnosed with COPD, with just as many people being estimated to have undiagnosed COPD, according to the National Institutes of Health. Only a few studies have examined over-diagnosis, which investigators noted is common if the diagnosis is based on symptoms alone or on a pre-bronchodilator spirometry.

The study, led by Lea Sator, MD, a pulmonologist in Vienna, Austria, sought to more deeply examine both over-diagnosis and over-treatment, as there are several side effects to COPD medications.

Selected participants answered questions about respiratory symptoms, demographics, health status, exposure to risk factors, and prior spirometry. Spirometry was measured before and after bronchodilation, with chronic airflow limitation defined as having a first second of forced expiration/forced vital capacity (FEV1/FVC) below the lower limit of normal post-bronchodilation to establish COPD.

Classifications for COPD were false-positive, true-positive, false-negative, or true-negative. False-positive was defined as reporting a prior diagnosis of COPD, but post-broncholidation spirometry was unobstructed.

Of the 16,177 participants, 919 reported a previous diagnosis of COPD. Out of that group, 38.1% presented airflow limitation in spirometry (true positive COPD); 61.9% were unobstructed (false positive COPD).

Those who reported no previous diagnosis of COPD (15,258), 89.7% had unobstructed lung function (true negative COPD) and 10.2% presented with airflow limitation (false negative COPD). Over half (64.9%) reported at least 1 respiratory symptom.

Investigators theorized that false-positive COPD may be a consequence of relying on symptoms for diagnosis, poor quality control of spirometry or recording only pre-bronchodilator values and using the fixed ratio (FEV1/FVC <0.7).

“The reason for these errors may be that health care professionals are either not aware of COPD guidelines or do not use them for their decision-making,” they wrote. “Reducing false positive COPD rate should result in reduced use of potential harmful medication and decrease health care expenditure.”

Study author A. Sonia Buist, MD, Professor Emerita of Medicine at Oregon Health and Science University's Division of Pulmonary and Critical Care Medicine, told MD Magazine® that some of these misdiagnosed patients had previously been diagnosed with ashtma—which may have been the correct diagnosis all along. She noted these issues are harmful to both harmful medication use and increased costs for patients.

"Healthcare providers can avoid this by following the recommendations to do spirometry on patients they think might have COPD and take care to separate asthma & COPD when making a diagnosis and deciding on a management strategy," Buist said.

The main limitation of this study was allowing chronic bronchitis and emphysema in the definition of doctor-diagnosed COPD, which could lead to an overestimation of both previously diagnosed COPD and COPD overdiagnosis.

The team concluded that false positive COPD is a frequent happenstance, and for the sake of patients at risk from respiratory medicine adverse effects, should be monitored for.

The study, “Overdiagnosis of COPD in subjects with unobstructed spirometry — A BOLD Analysis”, was published online in Chest Journal.