Only 3% of those in the study who received sofosbuvir needed a transplant.

Patients whose hepatitis C included advanced liver disease had less risk of requiring a transplant or dying when they were treated with a direct-acting antiviral (DAA) drug, a new study concludes.

Researchers at Intermountain Healthcare’s Medical Center in Salt Lake City, UT, reported the findings after reviewing data on individuals with HCV and cirrhosis, a severe scarring of the liver. The team compared the outcomes of 1,857 patients before the US Food and Drug Administration (FDA) approved sofosbuvir (Sovaldi/Gilead Sciences Inc.) in December 2013 with 623 patients who were treated with the DAA after it gained the FDA’s backing.

Only 3% of those in the study who received sofosbuvir needed a transplant, compared to more than 40% of untreated patients, the researchers reported in a May 25 press release. About 3.3 million people in the US have chronic hepatitis C, according to the release.

“Prior to FDA approval of sofosbuvir, patients with the most advanced stages of cirrhosis either died from their disease or ended up receiving a transplant,” said Michael Charlton, MD, associate director of Intermountain Healthcare’s transplant program and president of the International Liver Transplantation Society. “By treating those patients, who were on the verge of needing a transplant, with sofosbuvir-based therapies, we greatly reduced the liver transplant and mortality rates.”

The results show that sofosbuvir should be considered in treating all HCV patients with cirrhosis, even those with severe levels, the authors said. People around the world who might benefit the most from such therapy aren’t getting it because regulators haven’t ruled that the treatment is safe for advanced cases, Charlton said.

“The sicker a patient was, the more benefit they experienced by using sofosbuvir,” he said. “Our research shows the benefits of this drug include significantly improving the health of even the sickest patients, allowing them to return to their normal life sooner.”

Data used in the study included an integrated database of four separate clinical trials of sofosbuvir-based therapies in patients with advanced stages of cirrhosis. This information was compared to a list of patients who were waiting for a liver transplant between 2008-2013.

The findings were presented at the 2017 International Joint Congress of the International Liver Transplantation Society (ILTS), the European Liver and Intestine Transplant Association (ELITA), and the Liver Intensive Care Group of Europe (LICAGE). The conference was held May 24-27 in Prague, Czech Republic.

Charlton has reported receiving support and consulting fees from Gilead. 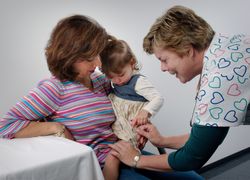