Demographics Factor in Heavily for Patients With Advanced HCC

Patients with HCC were more likely to be older, male, Asian, and have a history of hepatitis B virus. 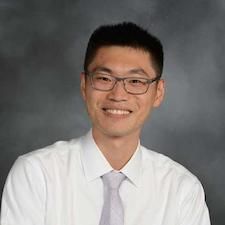 New research suggest various factors, including race, sex, and where they live, are risk factors for hepatocellular carcinoma (HCC).

“Concerning data have revealed that viral hepatitis and HCC disproportionally impact non-White patients and those from lower socioeconomic status,” the authors wrote.

In the study, the investigators examined data from 348 patients with cirrhosis and viral hepatitis admitted to a New York City health facility between 2012-2019.

The patient population included 209 individuals without a history of HCC, 20 participants with early HCC, 98 patients with advanced HCC, and 21 patients with HCC but no staging information.

Patients who had prior liver transplants were excluded.

The team used data on neighborhood characteristics from the US Census.

The results show those with HCC were more likely to be older, male, Asian, have a history of hepatitis B virus, and increased mortality. This group was also more likely to live in areas with more foreign-born residents, limited English speakers, and those with less than a high school education.

The investigators then adjusted for age, sex, and payor type and found Asian race and low income status were independent risk factors for advanced HCC.

However, neighborhood factors were not associated with mortality or hospital readmissions.

“We observed that in addition to age and sex, Asian race, lower household income, lower education, and lower English proficiency were associated with increased risk of advanced HCC,” the authors wrote. “These disparities likely reflect suboptimal screening programs and linkage to care among vulnerable populations.”

The investigators said future research should focus on validating the findings and addressing the disparities found.

There continues to be barriers that prevent better HCV care in the US.

A 2022 US Centers for Disease Control and Prevention (CDC) report shows disparities among HCV treatment with direct-acting antiviral (DAA) depending on insurance type.

A team of investigators from the CDC identified data from approximately 2 million insured adults diagnosed with hepatitis C between January 2019 and October 2020 in order to categorize those who are receiving treatment based on sex, age, race, insurance type, and by state Medicaid treatment restrictions.

DAA treatment began within 360 days of receipt of a positive hepatitis C test among people enrolled in Medicaid, Medicare, and private insurance at rates of 23%, 28%, and 35%, respectively.

A majority of privately insured patients (84%) initiated DAA treatment within 180 days of their positive test, compared to 75% of Medicaid and 77% of Medicare recipients in that same window of time.

The lowest odds of DAA treatment initiation were lowest among patients aged 18-29 and 30-39 years with Medicaid.

The study, “Impact of Race and Neighborhood Socioeconomic Characteristics on Liver Cancer Diagnosis in Patients with Viral Hepatitis and Cirrhosis,” was published online in the Journal of Clinical and Experimental Hepatology.