An expert dermatologist shares insight on the differences in response to vitiligo treatment based on different body parts being treated.

Amit G. Pandya, MD, FAAD: The response with vitiligo can vary depending on which part of the body you are treating. One of the most important factors is the presence of hairs. When vitiligo occurs, the T cells kill the melanocytes of the epidermis, and sometimes they kill the melanocytes at the base of the black hairs, and the hairs grow out white. Now there is no source from which the melanocytes can repopulate in the epidermis with treatment like phototherapy and various topical oral agents. This is one reason why the hands, feet, ankles, and the wrists are so difficult to treat, because there are no hair follicles there. Once the pigment is gone on the fingers, it is very difficult to get it to repigment; this is why it’s difficult. It also appears difficult to repigment in areas that move a lot, that have a lot of motion. It’s not clear why those areas tend to be difficult; part of it could be trauma. In those areas that move a lot, that movement would make it more difficult. We also know that areas of the body where the hairs turn white are more difficult to treat than other areas.

Finally, areas where there’s a lesser concentration of hair follicles, such as the clavicle area, which has a poor concentration of hair follicles, tends to be more difficult to treat as well. These are some reasons why there is a variation of response in different areas of the body. The reason it takes so long to repigment likely has to do with the fact that melanocytes take a while to recover from the shock of being attacked by the immune system. Once they recover, they need to begin to proliferate, to extend their dendrites, produce melanin, deliver those melanosomes to adjacent keratinocytes, and then migrate into the vitiligo lesion itself. This takes time, this migration. It’s faster in areas with hair follicles, and you’ll start seeing a lot of little dots around the hair follicles, but when the melanocytes are coming from the margins it’s a slow process, about a few millimeters every 3 months. 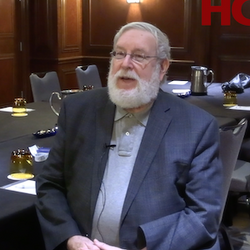