Does Anesthesia Cause Cognitive Impairment in Older People?

A history of multiple surgeries and general anesthesia shouldn't necessarily worry the elderly about their risk of diminishing mental abilities, according to a new Mayo Clinic study. 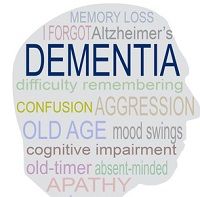 A history of multiple surgeries and general anesthesia shouldn't necessarily worry the elderly about their risk of diminishing mental abilities, according to a new Mayo Clinic study.

The population-based research found "no association between exposure to general anesthesia for surgery and procedures after the age of 40 and mild cognitive impairment [MCI]," the authors reported. However, they added a caveat: "these data do not exclude the possibility that anesthetic exposures occurring later in life may be associated with an increase in the rate of incident MCI, especially in patients undergoing vascular surgery."

MCI is "a stage of cognitive impairment between normal function and dementia," the researchers explained. "It can involve problems with memory, language, thinking and judgment that are greater than normal age-related changes," but generally does not interfere with usual routines and activities, a definition on the Mayo Clinic website adds.

The study also noted that “the majority of clinical research” has not found "an association between exposure to anesthesia and dementia.”

The research team from Mayo Clinic led by David O. Warner MD, an anesthesiologist there, looked at a group of randomly selected 1,731 of men and women who were between 70 and 89 years old on October 1, 2004. These participants were from nearby Olmstead County, Minnesota. At the beginning of the study they all had normal cognition. They then were followed for anywhere from 1 to 7 years with a median of 4.8 years. Medical records provided the participants’ histories regarding anesthesia exposure.

During this follow-up period, 31%of the participants developed MCI. However, the study showed no association between MCI incidence and having any anesthesia vs no anesthesia or between the number of exposures or the total cumulative duration of exposure. When specifically looking at any anesthesia exposure after age 60 within 20 years before MCI and within 10 years of MCI, there was an association with increased risk. Nonetheless, there was not a dose-response effect in relation to the number of exposures. The hazard ratio was less for participants who had four or more anesthesia exposures than it was for those who had only one. No associations were statistically significant in relation to the cumulative duration of anesthesia, according to the study.

The most common types of surgeries the participants experienced were: general, orthopedic, obstetric/gynecology and urologic procedures. In 89 percent of 4,976 surgeries included in the study, halogenated inhalation agents were used. None of the 10 categories of surgeries under general anesthesia studied had a significant association with MCI occurring after age 40. When looking at shorter time periods, there was an association between MCI and non-by pass cardiac/vascular surgery.

This observational study has limitations, according to Warner and colleagues. Limitations cited included a population sample that was not as racially and ethnically as diverse as the United States in general. Also, by limiting participation to those with normal cognition, patients possibly most vulnerable to cognitive deficits were not part of the study, which appears in the February issue of Mayo Proceedings. “Thus, it is important to reiterate that our findings are only relevant for persons who were healthy enough to reach up to 70-89 years of age on October 1,2004 and were cognitively normal,” the authors said.