May 5, 2016
Ellen Kurek
Conference|Association for Research in Vision and Ophthalmology 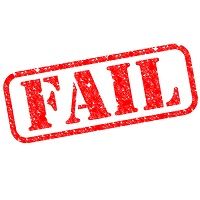 Regorafenib (Stivarga, Bayer) is an oral anti-angiogenic agent approved by the FDA for the treatment of metastatic colorectal cancer. It is a multi-kinase inhibitor that targets vascular endothelial growth factor (VEGF2/3) receptors, which are known to play a primary role in the progression of wet AMD. It also targets platelet-derived growth factor β (PDGFR-β) receptors.

Because of these effects, a topical form of the drug was evaluated in 51 patients with neovascular (NV) or wet age-related macular degeneration in the DREAM trial, a combined phase 2a/b trial. However, the trial was terminated after phase 2a owing to a lack of efficacy, explained DREAM team member Antonia Joussen, MD, Charité University of Medicine Berlin, at the Association for Research in Vision and Ophthalmology (ARVO) Annual Meeting in Seattle, WA, on May 4, 2016. DREAM’s results were also published in an abstract included in the ARVO proceedings.

Joussen asked, “Do we really want to inject eyes over and over again? Isn’t it much easier to have an eye drop? We had this dream. So why did we choose regorafenib?” Joussen explained that the drug was very potent in all preclinical studies. Although not water soluble, it dissolves in liquid paraffin. So studies of topical regorafenib were done in rats and monkeys, as well as by using laser choroidal NV models.

After completing these studies, the team decided to pursue clinical trials. No safety issues in humans emerged in phase 1, so the team began a multicenter, single-arm, open-label phase 2a/b trial to first prove their concept and then determine which dose of regorafenib to use in phase 3.

The drug was evaluated in one eye of treatment-naïve patients at a dosage of one drop (0.75 mg in 25 μL) of regorafenib, 30 mg/mL, thrice daily for 12 weeks. The primary endpoint was mean change in best-corrected visual acuity (BCVA) between baseline and 4 and 12 weeks. Safety and anatomic outcomes, including central retinal thickness (CRT), were also assessed at these time points.

Regarding visual acuity, “There was basically no change and even the loss of letters during the 12 weeks,” Joussen summarized. Mean change in BCVA was +1.2 letters after 4 weeks and −2.4 letters after 12 weeks. Central retinal thickness increased throughout the 12-week study. And with regard to CRT, “It is as if they were not treated,” Joussen said.

Moreover, rescue ranibizumab (Lucentis, Genentech) was needed in 21 patients based on pre-established criteria that included a loss of vision of >5 letters or persistent or recurrent intraretinal or subretinal fluid. Topical regorafenib was stopped before Lucentis was started, and this change in treatment caused an increase in visual acuity and a decrease in CRT that was maintained at follow-up.

After 12 weeks, ocular treatment-emergent adverse events had occurred in 21 patients (41%). However, most such events were mild to moderate in severity.

In conclusion, Joussen said, “The DREAM study really was a dream. None of the predefined success criteria was met. So why did we fail? We are below the IC50 at the back of the eye. And the concentration in the eye drops would need to increase ten- to fifteen-fold to increase this.”