A dupilumab intervention after discontinuation of omalizumab treatment may lead to clinical resolution of chronic spontaneous urticaria (CSU), according to a new study.

The investigators presented their information at the American College of Allergy, Asthma and Immunology (ACAAI) 2022 Annual Meeting last week. They described their previous research into dupilumab as a novel therapy for antihistamine-refractory CSU patients who did not respond to omalizumab treatment at increased doses for longer durations.

The researchers’ new results presented at ACAAI 2022 came from the long-term follow up of these patients after providing their 3-year follow up clinical course. The study was led by Armin Abadeh, MD, of the University of Toronto Department of Medicine.

“Evidence of benefit lasting long after discontinuation of this therapy suggests that discontinuation of dupilumab can be safe and cost efficient and effective therapy that accomplishes clinical resolution in many patients while limiting unnecessary exposure and costs of requiring maintenance, biologic, and other therapies,” Abadeh and colleagues wrote.

The study used 6 patients whose average age was 36 years, with 3 patients being male and 3 being female. The participants who had been diagnosed with CSU and failed to respond to both antihistamines and therapy for over a year, with increased doses of omalizumab (300-600 mg monthly), were followed for the research for up to 34 months after beginning dupilumab therapy.

The investigators found that 4 of the 6 patients’ Urticaria Activity Scores (UAS7) remained at zero when their 14 to 22 month follow up visits occurred after discontinuing dupilumab. They also found that among their 6 study participants, 1 CSU case continued to be uncontrolled despite the use of dupilumab.

The research team also presented evidence that IL-4 and/or IL-13 levels in the participants were elevated, adding that there are more IL-4-expressing cells in the skin of CSU patients.

“Dupilumab’s mechanism of action is widely reported in the current literature as it inhibits IL-4 and IL-13 signaling through their shared IL-4a receptor subunit blockade and indirect downstream effects that arise as a consequence of activation of IL-4 and IL-13 such as cell trafficking and recruitment of mast cells and other components of type 2 inflammation,” they write.

They later added that the presented “case series demonstrate CSU remission with dupilumab following discontinuation of therapy, in 67% of the patients, over an observation period up to 22 months.”

This study, “Dupilumab as a potential disease-modifying intervention for chronic spontaneous urticaria: 3-year follow-up results,” was presented at ACAAI 2022. 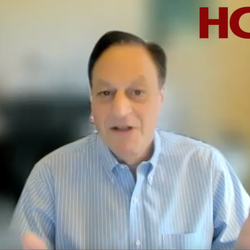