Regeneron has announced that Dupixent, a therapy for adult atopic dermatitis (AD) that is inadequately controlled by existing medications, has been granted marketing and manufacturing authorization in Japan.

Regeneron has announced that Dupixent, a therapy for adult atopic dermatitis (AD) that is inadequately controlled by existing medications, has been granted marketing and manufacturing authorization by the Ministry of Health, Labor and Wealth in Japan.

While atopic dermatitis is the most common form of eczema and has many available treatments, a small patient population remains incapable of controlling rashes with existing topical therapies.

In 2017, the FDA and the European Commission (EC) approved Dupixent as a therapy for adults who suffer from atopic dermatitis and are unable to control their rashes with topical creams. Dupixent is also a treatment for patients who are clinically unable to use topical corticosteroids. Regeneron and Sanofi jointly developed Dupixent under a global collaboration agreement.

Atopic dermatitis creates an inflamed rash on the skin that is most common in children. However, some adults can experience atopic dermatitis, as well. Moderate-to-severe atopic dermatitis is defined as red or brown rashes covering much of the body, causing intense, persistent itching and skin dryness, cracking, redness, crusting, and oozing. Patients will experience a burdensome itch at the site of the rash. A doctor should be able to diagnose atopic dermatitis just be looking at the skin.

Dupixent is a human monoclonal antibody that inhibits the signaling of two key proteins, IL-4 and IL-13. These proteins are believed to be the main contributors to the inflammation of atopic dermatitis. The drug is self-administered through a 300mg pre-filled syringe as a subcutaneous injection every other week after an initial dose of two injections. This therapy is also safe to use with other topical corticosteroids.

Three well-controlled studies looked at approximately 2,100 adults with uncontrolled moderate-to-severe atopic dermatitis that was not able to be treated with topical therapies. Dupixent was effective in these patients when taken alone and with corticosteroids.

Most common side effects of Dupixent include eye and eyelid inflammation, redness, swelling and itching, and cold sores around the mouth. Serious side effects include allergic reactions that result in swollen lymph nodes, hives, and fever and eye problems.

Dupilumab, the main ingredient in Dupixent, was discovered using Regeneron’s proprietary VelocImmune technology that yields optimized fully-human antibodies. It is currently being evaluated for safe and effective treatment in children and adolescents with severe and moderate-to-severe atopic dermatitis and other inflammatory diseases that are controlled by the IL-4 and IL-13 proteins. 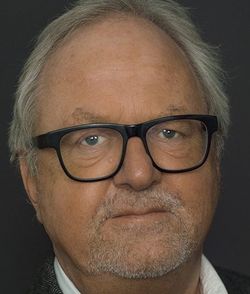