The study identified the CYP-derived lipid biometabolites and determined that they help reduce inflammation within CNV lesions.

Researchers have identified compounds that may modulate the involvement of inflammatory immune cells and resolve the abnormal growth of blood vessels in age-related macular degeneration (AMD), as well as in other inflammatory disorders.

Bruce Hammock, PhD, of the University of California, Davis, contributed to the study and describes the findings as “encouraging.” The study identified the cytochrome P450 (CYP)-derived lipid biometabolites, which protect against choroidal neovascularization (CNV), determined that those biometabolites help reduce inflammation within CNV lesions, and showed their potential for investigation as a therapeutic.

CNV can cause intraretinal edema and hemorrhage, which can lead to severe vision loss. The current treatment, injections of anti-vascular endothelial growth factor (anti-VEGF), limit the likelihood of edema, but vision loss still occurs in about two-thirds of patients, and one-sixth become legally blind. This calls for earlier intervention, according to Hammock and colleagues.

Long-chain polyunsaturated fatty acids (LCPUFAs) have been shown to play a role in inflammation, and 2 of them (w-3 and w-6) have been used to derive endogenous lipid bioactive metabolites.

“Mechanistically, the metabolism arachidonic acid (AA), docosahexaenoic acid (DHA), and eicosapentaenoic acid (EPA) into biologically active lipid mediators by cyclooxygenase (COX) and lipoxygenase (LOX) enzymes is relatively well established,” the authors wrote. However, those LCPUFAs are substrates for CYP, and that process is less well-understood.

Of the 3 pathways, CYP is the 1 believed to be capable of being influenced by changes in dietary fatty acid composition. Additionally, some of the CYP family members have the ability to metabolize DHA and EPA much faster than AA. Even though previous studies have made some strides in showing that LCPUFAs are implicated in AMD, and particularly in the process of CNV, the researchers noted that “the precise role and mechanism of the CYP monooxygenases and the CYP-dependent metabolites in regulating neovascular ocular disease still remains unclear.”

In order to learn more about CYP metabolites, the researchers used transgenic mice which overexpress the monooxygenase CYP2C8. Some of the mice were fed a diet enriched with EPA and DHA, and another group was fed a control diet. After 7 days, those receiving the enriched diet had significantly decreased CNV lesions, as well as less vascular leakage in the lesions.

“From a basic standpoint, our work shows that fatty acid epoxides regulate ocular development and their preservation by inhibiting the enzyme that degrades them or mimics of them reduce wet macular degeneration in this model,” Hammock said.

Finding an alternative therapy to the anti-VEGF injections will take time, and this research is an early step in the process. Hammock noted that there are several approaches to developing a new therapeutic, and moving from an animal study to humans is the next step.

“We are supported by the NIH [National Institutes of Health] blueprint program to move a soluble epoxide hydrolase into human trials. We hope to be there next calendar year,” Hammock said. “This should allow medical researchers to do a physician-initiated trial on macular degeneration.”

The authors added that this could have the potential for treatment options in other conditions such as “diabetic retinopathy, atherosclerosis, and cancer.”

Hammock summarized the takeaway for clinicians, noting that “in the long term this provides great understanding of a new pathway involved in eye health. There are many disappointments in developing a new drug, but the data from the Connor laboratory are encouraging that we can develop an oral or topical material to prevent and maybe reverse this disease.” 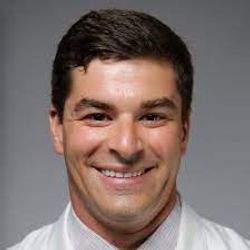