New York City officials Said Craig Spencer MD, the emergency physician is being treated for Ebola treating patients with the virus in Guinea, African is in stable condition. Meanwhile in Bethesa, MD, Nina Pham, the Dallas nurse who was the first person to contract the disease on US soil, was released from a National Institutes of Health hospital after being declared free of the virus.

Craig Spencer, MD, 33, the New York City emergency physician who contracted Ebola after treating patients with the virus in Guinea, Africa is in stable condition at city-run Bellevue Hospital Center today. In a news conference, New York City Mayor Bill de Blasio gave the patient update and praised the efforts and training that went into getting Spencer into isolation.

He promised further details later today on efforts to trace Spencer's contacts in the days leading up to his hospitalization.

Meanwhile, in Bethesda, MD. Nina Pham, 26, the Dallas nurse who was the first person to contract Ebola on US soil,

was released from a National Institutes of Health hospital in Bethesda, MD, less than 2 weeks after being diagnosed with the virus.

“She has no virus in her.

She feels well. As you will see in a moment and probably have already seen, she looks extraordinarily well,

Anthony Fauchi, MD, director of the National Institute of Allergy and Infectious Diseases, at a press conference outside the hospital.

Pham was diagnosed with the Ebola virus on Oct. 13, days after caring for Thomas Eric Duncan, a Liberian man who contracted the disease in West Africa but who did not show symptoms until arriving in Texas. Ph

am initially received care at Texas Health Presbyterian Hospital, where she worked and where Duncan was treated. She was transferred to the NIH hospital Oct. 17. Duncan died Oct. 8.

"We have the finest public health system in the world and we are fully prepared to handle Ebola," he said.

The process of getting Spencer to Bellevue, where he remains in isolation in intensive care, "played out exactly as protocols dictate," de Blasio said.

Pham, who was surrounded by family, read a prepared statement at Friday's press conference, but did not take questions.

“I feel fortunate and blessed to be standing here today,” she said.

Pham thanked her healthcare team and also Kent Brantly, MD, a physician who contracted Ebola while working in African and later donated plasma to Pham.

She asked for privacy as she continues her recovery.

“Although I no longer have Ebola I know that it may be a while before I have my strength back,” she said.

Pham said she was looking forward to being reunited with her dog, a Cavalier King Charles Spaniel named Bentley, who was quarantined as a precaution and has since tested negative for the disease.

Fauchi said the NIH is attempting to get as much data as it can from patients like Pham in order to better treat and prevent the virus in the future.

"(Our job) is the care of the patient first," Fauchi said. "But together with that is to learn information that might help others."

He said the latter is difficult with such a low patient population, and thus will take time.

Meanwhile, New York City officials updated the public on the status of the latest American to be diagnosed with Ebola virus.

Spencer's fiancée and 2 friends are in quarantine and city state and federal officials are tracing his contacts during the period before he developed symptoms.

Spencer returned to NYC 11 days ago from a stint as a volunteer with Doctors without Borders, caring for Ebola victims in Guinea, one of three West African nations with major outbreaks.

According to the NYC Department of Health and Mental Hygiene (DOHMH), called Doctors Without Borders yesterday when he had a fever and gastro-intestinal symptoms. The organization in turn called health officials and an ambulance was dispatched. Though initial reports had his fever as 103 degrees, yesterday officials corrected that and said it was 100.3 degrees. The difference is important because viral load--and the likelihood of spreading the disease--increases along with temperature.

In keeping with its plans to step up efforts to prevent a US outbreak of Ebola, the US Centers for Disease control and prevention has sent an Ebola response team to the city.

Bellevue is designated as the hospital in the NYC’s 911 system best equipped to take care of Ebola patients.

According to reassuring statements released by the city health department, “the chances of an average New Yorker contracting Ebola are extremely slim.”

Amber Vinson, another Texas Health Presbyterian nurse and the only other person to contract Ebola in the US, remains at Emory University Hospital in Atlanta, though her family issued a statement this week saying she, too, is now free of the virus. 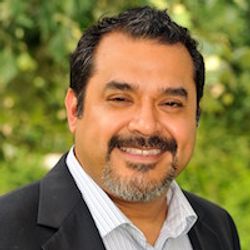 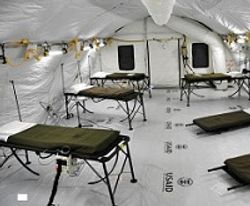 Ebola Outbreak Reported in Democratic Republic of the Congo