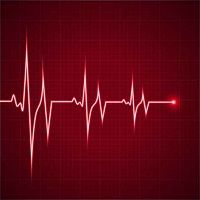 Positive topline efficacy and safety data from the Phase 3 RAPID trial support the use of etripamil in patients with paroxysmal supraventricular tachycardia (PSVT).

The findings on the investigational calcium channel blocker were reported by Milestone Pharmaceuticals Inc.

"PSVT is an unpredictable, disruptive burden on patients, with current interventions restricted to the costly and inconvenient acute care setting," said Bruce Stambler, MD, Director of Cardiac Arrhythmia Research and Education, Piedmont Heart Institute in the release. "I am highly encouraged by the findings from the RAPID trial, which demonstrate that patients who administered etripamil converted to normal sinus rhythm significantly more often than placebo patients without experiencing serious adverse events, and independent of medical supervision. These data further support the potential for etripamil to deliver a clinically meaningful benefit to patients and an important and valuable tool for their physicians."

The chemical entity is the company’s lead investigational product, a novel calcium channel blocker designed to be a rapid-response therapy for episodic cardiovascular conditions. It is a nasal spray that is self-administered by a patient, with the potential to shift the treatment zone from the emergency department to a medically unsupervised setting.

The randomized, double-blind, placebo-controlled RAPID trial enrolled 706 patients across clinical sites in North America and Europe, with a 1:1 randomization to nasal spray of either etripamil or placebo without medical monitoring. In order to maximize its potential treatment effect, patients who did not experience symptom relief within 10 minutes were directed to self-administer a repeat dose of etripamil.

Safety data from RAPID were consistent with findings in prior trials and supported the potential self-use of etripamil. The most common randomized treatment emergent adverse events (RTEAEs) were related to the nasal administration site and the majority were reported as mild (68%) to moderate (31%).

Milestone Pharmaceuticals, Inc indicated that the findings from RAPID and the completed NODE-301 trial may fulfill the requirement for a New Drug Application submission for etripamil in patients with PSVT. The NODE-303 safety trial is currently enrolling patients and the company has set an NDA application timeline in mid-2023, pending US Food and Drug Administration (FDA) feedback.

"We believe that etripamil, if approved, has the potential to empower patients to take control of their condition as well as provide value to the healthcare system, in part by reducing visits to the Emergency Department,” said Joseph Oliveto, President and Chief Executive Officer of Milestone Pharmaceuticals in the release. “We look forward to working with the [FDA] to make available what we believe is the first of its kind, self-administered therapy.”