The PSCK9 inhibitor evolocumab (Rapatha) demonstrated pronounced reductions in low-density lipoprotein cholesterol (LDL-C) resulting in fewer cardiovascular (CV) events compared with placebo for patients with peripheral artery disease (PAD), according to a new analysis of the FOURIER presented at the 2017 AHA Meeting.

In the analysis, there were marked reductions in major adverse cardiovascular events (MACE) with robust improvements in absolute risk reduction (ARR) with evolocumab over placebo for patients with PAD. Reductions in LDL-C were also associated with improvement in major adverse limb events (MALE), according to co-author of the analysis, Marc P. Bonaca, MD, who presented the findings during a late-breaking session in the AHA meeting.

The FOURIER trial enrolled 27,564 stable high-risk patients with established CV disease, including a myocardial infarction (MI), symptomatic PAD, or prior stroke. All patients were on high or moderate intensity statin therapy with or without ezetimibe. Those with LDL-C ≥70 mg/dL or non-high-density lipoprotein cholesterol (HDL-C) ≥100 mg/dL were randomized to evolocumab at 140 mg or 420 mg every 2 weeks or placebo.

In the primary analysis of the study, there was a 59% reduction in median levels of LDL-C with evolocumab versus placebo (P <.00001). The median LDL-C level was 30 mg/dL in the treatment arm compared with nearly 86 mg/dL in the placebo group. Additionally, there was a 15% to 20% drop in the risk of CV disease in patients on statin therapy.

Overall, the FOURIER trial enrolled 3642 patients with symptomatic lower extremity PAD. Of these patients, 1505 had not had a prior MI or stroke. At baseline, 69% had intermittent claudication and ABI <0.85 and 57% had peripheral revascularization for a median of 3.7 years. Twenty-six percent of patients had both conditions. Those in the PAD group were 64 years of age, 28% were female, and 69% were on high-dose statins.

"As we continue to look deeper into the data from the FOURIER study, we are able to identify subsets of patients that can derive even greater clinical benefit from intensive LDL-C lowering with evolocumab, in addition to what is achieved with statins alone," senior investigator Marc Sabatine, MD, chairman, TIMI Study Group, Lewis Dexter, MD Distinguished Chair in Cardiovascular Medicine, Brigham and Women's Hospital, said in a statement. "These results offer additional ways for clinicians to tailor therapies for their patients to reduce the risk of recurrent cardiovascular events." 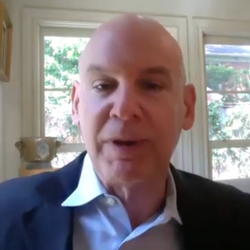