Older patients could benefit from skipping traditional bedrest in favor of an exercise program when hospitalized with an acute illness. 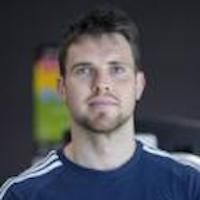 Investigators led by Mikel L. Saez de Asteasu, of Navarrabiomed, Navarra Hospital Complex-Public University of Navarre, IDISNA performed a secondary analysis of 370 patients older than 75 from a single-blind randomized clinical trial between February 1, 2015 and August 30, 2017 at the Acute Care of the Elderly unit in a tertiary public hospital in Navarre, Spain, where patients were equally split between an exercise intervention group and a control group that received traditional care within the first 48 hours of hospital admission.

Rather than the vigorous exercise program, the control group received usual care through the duration of the study, which included standard physiotherapy focused on walking exercises for restoring the functionality conditioned by potentially reversible pathologies.

Geriatricians measured the change in executive function from baseline to discharged with a verbal and arithmetic Gait Velocity Test (GVT) and the Trail Making Test Part A (TMT-A). They also measured changes in the Mini Mental State Examination (MMSE) test and verbal fluency ability after the intervention period.

“An individualized, multicomponent exercise training program may be an effective therapy for improving cognitive function [i.e., executive function and verbal fluency domains] in very old patients during acute hospitalization,” the authors wrote. “These findings support the need for a shift from the traditional [bedrest-based] hospitalization to one that recognizes the important role of maintaining functional capacity and cognitive function in older adults, key components of intrinsic capacity.”

Acute illness that requires hospitalization often can be a sentinel event that leads to disability and increases the likelihood of developing cognitive problems for geriatric adults. These conditions can also increase the length of hospital stays, institutionalization and mortality.

“Exercise and early rehabilitation protocols applied during acute hospitalization can prevent functional decline in older patients and are associated with a reduced length of stay and lower costs,” the authors wrote. “The exercise benefits on cognitive function are not entirely clear, but previous studies support that multicomponent exercise training seems to have the most positive effects on cognition in older adults.”

The study, “Assessing the impact of physical exercise on cognitive function in older medical patients during acute hospitalization: Secondary analysis of a randomized trial,” was published online in Plos Medicine.