Therapy for both relapsing and progressive forms of multiple sclerosis have progressed in recent years.

A series of recent successful breakthrough multiple sclerosis (MS) therapies — as well as those yet to come down the pipeline — drew reflection from a neurology expert at the XXIII World Congress of Neurology (WCN) last week.

Research development and US Food and Drug Administration (FDA) approvals from the last decade have put current MS therapy at a standard of preserving body and cognitive performance by “suppressing disease activity to the fullest extent possible,” William Carroll (pictured), a professor at the University of Western Australia and vice president of the World Federation of Neurology (WFN), shared in an abstrat at the WCN in Kyoto, Japan.

New classes of MS medication are not only improving on disease suppression — they’re delivering new information on the mechanisms of brain and spinal cord injuries, and playing a role in patient disability reduction, Carroll said.

Relapsing-remitting MS (RRMS) treatment has improved from interferon beta 1a and beta 1b injections to breakthrough oral tablets or capsules, which have removed the need to monitor patient heart function and upper dosage limits, Carroll said. Such oral treatments like fingolimod (Gilenya), dimethyl fumarate (Tecfidera), and teriflunomide (Aubagio) have, if not just by being orally ingested, improved MS patients’ quality of life.

Robert Zivadinov, MD, PhD, professor of neurology at the University of Buffalo, told MD Magazine earlier this year that the phase 3 TOPIC study of Aubagio showed its efficacy in preserving patient cortical thickness — “probably one of the most important drivers of cognitive deterioration and disability progression.”

“To slow down this pathology is an extremely important task to halt disease progression,” Zivadinov said.

Carroll also pointed to siponimod, a variation of fingolimod that has show efficacy in treating secondary progressive MS (SPMS) in phase III trials. It’s currently approved in some countries outside of the US.

“Alongside the highly promising therapeutic outcomes, uncommon side effects which are severe in some cases should not be overlooked when taking any possible benefits into account,” Carroll said.

Possibly most notable among monoclonal antibodies is ocrelizumab (Ocrevus), which in March became the first US Food and Drug Administration (FDA) drug approved for primary progressive MS (PPMS). Clyde Markowitz, MD, director of the MS Center at the University of Pennsylvania, told MD Magazine that Ocrevus was “better than anything else we’ve tested to date” for the debilitating form of MS.

“We feel this is really a first foot in the door in this progressive phase," Markowitz said.

Carroll echoed that optimism, noting that phase 3 results give hope to Ocrevus’ utility as both an RRMS and PPMS treatment.

The future of MS treatment currently looks at refining and clinically gauging these recent breakthrough therapies, but it’s not hard to look a little further down the road. Autologous blood stem cell transplantation, as a combination therapy, catches Carroll’s interest. While it has shown ability to keep MS progression in check for long-term periods, it also has significant adverse effects.

“The risks and benefits of this stem cell therapy must be carefully weighed up with those of the new medicine-based therapy options,” Carroll said.

No Evidence of Disease Activity (NEDA) is becoming feasible with current treatments, Carroll said. With marketed therapies for both relapsing and progressive forms of MS, and significantly more effective treatments being administered early therapy, there’s an allowed optimism for the neurological field.

“Although it has not been definitively proven that MS can be brought to a halt and any further progress prevented using these medicines, it is worth pursuing these therapeutic options further at this time,” Carroll said. “To wait and see is to deny the possibility of future newly arriving treatments to be used when potential disability has been reduced.”

A press release regarding the WCN abstract was made available. 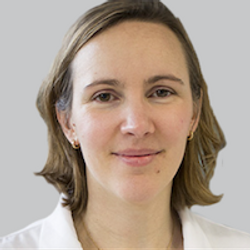 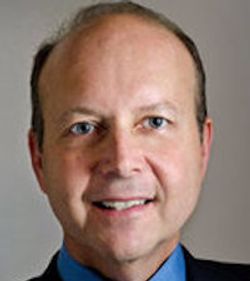 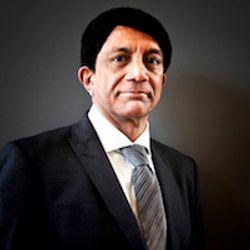