Results from a 2017 clinical trial indicated that the Accelerate Pheno system produced an ID result in about 1 hour and 24 minutes in 95% of runs. 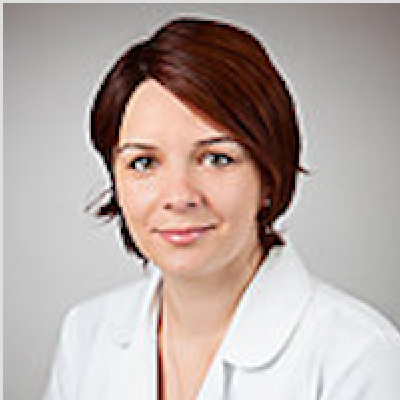 Current guidelines on the management of sepsis and septic shock indicate that appropriate routine microbiologic cultures (including blood) should be obtained before starting antimicrobial therapy. Because it could be days before clinicians gain access to the results of these cultures, most patients are empirically started on broad-spectrum therapies. Once the pathogen is identified and culture results are received, patients are then switched to more narrow therapies to which the pathogen is most susceptible.

Decreasing the time between suspected infection and appropriate narrow-spectrum therapy is key to improving patient outcomes—including mortality rates&mdash;and decreasing unwanted side-effects, such as Clostridium difficile infections. In fact, an interim of >18 hours to appropriate therapy has been identified as an independent determinant of post-infection intensive care unit (ICU) stay and the length stay of hospital.

Although there are several rapid diagnostic tests that address the delay in identification of organisms found in traditional methods, comparable tests for antibiotic susceptibility are lacking. In a presentation at the Society of Critical Care Medicine’s 47th Critical Care Conference in San Antonio, Texas, Ioana Chirca, MD, infectious diseases consultant, and head of the antimicrobial stewardship program (ASP) at University Hospital, in Augusta, Georgia, elaborated on this, stating, “There are several rapid diagnostic tests for bacteremia; it is likely your institution has one of them available. But most do not test antibiotics against live bacteria, and therefore do not provide phenotype antibiotic susceptibility information.”

The Accelerate Pheno System might change that. In fact, Chirca presented recent data that showed the system improved the time to pathogen identification and antibiotic susceptibility data by 41.2 hours when compared with conventional methods. Meaning that potentially, patients could be de-escalated almost 2 days sooner.

Furthermore, results from a 2017 clinical trial, which tested over 1800 specimens in 12 trial sites & reference sites, indicated that the system produced an ID result in about 1 hour and 24 minutes in 95% of runs. Time to AST result in 95% of runs was 7 hours and 5 minutes. Analysis of 515 positive blood cultures found that the Accelerate Pheno system’s rate of concordance with traditional methods was 98.3%. (See List of Pathogens Identified, below.)

The system’s level of accuracy has allowed clinicians at Chirca’s hospital to de-escalate antibiotics earlier and with more confidence—even before minimal inhibitory concentration (MIC) information is known; however, according to Chica, “The machine calculates your MIC’s; it is pretty visual.” In the trial, the average time to identification occurred in 4.9 hours and MIC information was obtained in 10.9 hours. Comparatively, when using matrix-assisted laser desorption ionization-time of flight (MALDI-TOF), the average time to identification was 29.2 hours; with the Vitek system, MIC was obtained after 50.32 hours.

Chirca also shared anecdotal evidence from 3 clinical cases at her institution in which the system was effective in improving patient outcomes. Implementing this new system, in conjunction with the hospital’s antimicrobial stewardship program, has allowed antibiotic changes to happen faster, and with antibiotic optimization, comes better patient outcomes.

The clinical data she presented showed that from 2016 to 2017, the rate of multidrug-resistant organism (MDRO) infections in the ICU decreased 12% for methicillin-resistant Staphylococcus aureus (MRSA) infections and 10.8% for vancomycin-resistant enterococci (VRE) infection after implementing the system.

Perhaps most importantly, the system also helped reduce the rates of sepsis mortality—from 14% in February 2017, to only 4% in September 2017, which is a remarkable decrease.

“The Accelerate Pheno system provided fast, reliable results while significantly improving turnaround time in blood culture diagnostics,” concluded Chirca, noting that as the implementation of ASPs in treating infections increases to comply with new Centers for Medicare & Medicaid Services regulations, the importance of quick pathogen identification and susceptibility will increase as well.