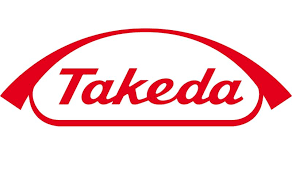 VONVENDI is the only recombinant von Willebrand factor (VWF) replacement therapy. It’s also the first and only treatment to reduce the frequency of bleeding episodes for severe type 3 von Willebrand disease (VWD).

Von Willebrand disease affects up to 3 million people in the US, or about 1%, making it the most common inherited bleeding disorder. This approval was indicated specifically for type 3 VWD, which is the most severe, characterized by total or near-total absence of von Willebrand factor in the plasma and cellular compartments.

“VWD is a complex disease where both patients and providers may experience stress and uncertainty due to the unpredictable disease course and limited treatment options,” Miguel A Escobar, MD, professor, Department of Pediatrics and Internal Medicine, McGovern Medical School, University of Texas Health Science Center at Houston, said in a statement.

The inherited disorder is caused by a deficiency or defective function of von Willebrand factor, which is a necessary protein to promote proper blood clotting. VONVENDI is designed to replace the missing or defective VWF protein in patients with VWD.

“A prophylactic treatment option may allow for greater disease control and the potential to enhance the standard of care,” Escobar, an investigator in the VONVENDI prophylaxis study, continued.

The approval was based on data from a prospective, open-label, international multicenter study that evaluated efficacy and safety of prophylactic treatment. Investigators observed whether frequency of bleeding episodes were reduced in 10 adult patients diagnosed with severe Type 3 VWD, who were previously treated on-demand.

“Based on descriptive statistics, the median annualized bleeding rates (ABR) for all bleeds (treated and untreated spontaneous and traumatic bleeding events) was reduced from historical median ABR 5.0 (range: 3.0, 159.0) to an on-study median ABR of 2.3 (range: 0, 157.9), which is a 54.7% reduction,” as written in the Takeda statement.