The study shows fenofibrate use was associated with a lower risk of progression to PDR and VTDR, but not DME alone.

Additional clinical trials may be necessary to determine if these associations are representative of a causal relationship between fenofibrate use and reduced risk.

Accordingly, there is interest in the potential role of fenofibrate in diabetic retinopathy care, with ongoing randomized clinical trials taking place through the DRCR Retina Network.

The current study aimed to further assess the association between fenofibrate use with diabetic retinopathy progression using medical claims of all beneficiaries in a commercial and Medicare administrative database.

Study cohorts were created from all patients with NPDR 18 years or older from who had laboratory values from January 2002 - June 2019. Criteria for exclusion consisted of any previous diagnosis of PDR, DME, proliferative vitreoretinopathy, or treatment used in the care of VTDR.

The main outcomes were identified as a new diagnosis of VTDR or DME and PDR individually, defined by International Classification of Diseases or Current Procedure Terminology codes. Additionally, a time-updating model for all covariates was used in multivariate Cox proportional hazard regression to determine the hazards of progressing to VTDR.

“Our findings offer further hope that the DRCR Retina Network clinical trial will prove beneficial for progression to PDR but some concern for those who are hoping for reduction in DME incidence,” VanderBeek concluded.

The study, “Association of Fenofibrate Use and the Risk of Progression to Vision-Threatening Diabetic Retinopathy,” was published in JAMA Ophthalmology. 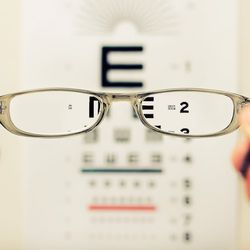