NOACs in the Anticoagulation Space - Episode 11

Final Thoughts on Use of NOACs for Patients and Physicians

March 4, 2020
EP. 1: Burden of Atrial Fibrillation and Transition to NOACs
EP. 2: Pathophysiology of Atrial Fibrillation
EP. 3: Role of Warfarin in Preventing Stroke in AFib Patients
EP. 4: Safety Profile of Warfarin Summarized From Various Trials
EP. 5: Increasing Implementation and Clinical Use of NOAC Therapy
EP. 6: Standard of Care in Anticoagulation Therapy
EP. 7: Dosing and Adverse-Effect Management With NOACs
EP. 8: Decision Making Around Dosing of NOACs
EP. 9: Effect of Comorbidities on the use of NOACs
EP. 10: NOACs for the Medically Ill and Risk of Extended Prophylaxis
Now Viewing
EP. 11: Final Thoughts on Use of NOACs for Patients and Physicians

Manesh Patel, MD: In our last minute here I’ll say what have we learned over 10 years and what’s coming forward. I’ll start with you, Chris, and then I’ll come to you, Rob. What are your messages for patients around NOAC [novel oral anticoagulants] use and for doctors taking care of these patients?

Christopher Granger, MD: The place we should start is where do we have absolute confidence and have high-quality data that one will get much greater benefit than risk. That’s the patient who has atrial fibrillation, CHA2DS2-VASc of 2, has a 12-lead EKG [electrocardiogram] that has atrial fibrillation [AFib] on it, which is a simple way to say that’s someone who had enough burden that they would have gotten into the trials. For that population, again we still know, I think the biggest single advance we’ve made is we’ve got a lot of patients now—at least half—who are on a NOAC and therefore are on better therapy than warfarin. Still, the next most important thing is to get, I think, about half the gap of this 40%, let’s say, who are not on anticoagulant. I think 20% of them should be. If they were working in a coordinated way with good clinicians, good information from Google, I think we would save a huge number from disabling strokes if we get a larger proportion on NOACs.

Manesh Patel, MD: I think that’s a big message. Rob, what are your take-homes messages?

Robert M. Califf, MD, MACC: First, I want to re-emphasize that the most important thing is what Chris said. Where we have definitive proved benefit that exceed risk, we need to get as close to 100% as we can in appropriate use of that treatment. I think that needs to be a huge focus. And then there are 3 things that I would point to that we’ve discussed where I think we really need to work. The first is hidden in this decision support, discussion with a patient—1 of the key things is an intracranial bleed or a bleed is something that’s concrete. People understand that it happens. It’s scary. Preventing a stroke, no one knows in whom the stroke was prevented. It’s a probabilistic, future-looking executive function that has to be exerted. That is extremely difficult as a concept for most people to deal with.

Point 2, this discussion more than anything has got me fired up. We have to move home. If all you get is a once-every-6 month visit with your primary care doctor and if you’re lucky enough to get referred to Dr Patel’s cardiology clinic and he’s not too busy to have a discussion, you do OK. That’s just not a good approach to the public health and the way people should be treated in this day and time.

The third thing I point to, which you all brought up in 1 way or another, is we’re still stocking a relatively arcane evidence-generation system. Everybody has an electronic health record now. Data are abundant. Sensible data that are curated and well organized are not there. If you just take the medically ill, I’m as convinced as you are that a lot of people with chronic medical illness and certain types of cancer have very high event rates. I’m 100% sure the treatment would work in them. But for whatever reason, our gears are not enmeshed to generate the risk characteristics that would identify the people who’d benefit. In people who are critically ill, the last thing you want to do is give them an anticoagulant given all their other problems if there’s not a benefit. So it’s really important to get it right.

We’ve got to move to a whole different evidence-generation system in which the data are not blocked by the academic health systems, for example. It’s also got to have elements of trust, and I think you made that point very well. People do trust their clinicians now, especially nurses—I might add, much more than doctors. That’s where the trust lies, so we have to bring this elements together.

Manesh Patel, MD: Sean, maybe I’ll come to you. Any take-home points beyond what Rob just gave us?

Sean D. Pokorney, MD: The biggest issue is that we’ve worked so hard to generate all this evidence, and I think the implementation piece is where we still need to focus. And NHLBI [National Heart, Lung, and Blood Institute], AHA [American Heart Association]—a lot of organizations—PCORI [Patient-Centered Outcomes Research Institute] are all trying to help focus us on proper implementation and use of these medications. The FDA is interested in this issue as well. I think we need to be better at working together as a clinical community to really implement the strong evidence generation we have.

Bernard J. Gersh, MBChb, DPhil, MACC: I’m ready to add that we’ve got tremendous data, very solid data, and we’re not implementing it. So my final word is: bye-bye, aspirin.

Manesh Patel, MD: I was going to take it a little farther. I think we’ve seen something interesting, and I’ll echo what you said, Rob. Let me be clear: in the next 5 years, more than 50% of our practice is going to be not directly face to face sometimes with the patient but touching them in different ways if we want to stay where we can get to them and they can get to us. We really are going to need help with a lot of people. In this day and age with the high-quality evidence we have for NOACs in AFib, the first message is use. We still have not enough use in those patients who can benefit.

The second message would be dose: get the dose right. We talked a lot about how we should be working to do that, but that’s No. 2. No. 3 is aspirin. As Bernard has told us: bye-bye aspirin. I might even make it a little bit more powerful in that we’ve been platelet-centric—more anti-platelet—whether it was different strung anti-platelet, agents that helped with 2, 3 different things. The evidence over the next few years is going to start showing us that different doses of these other pathways and other compounds certainly with NOACs is going to be valuable.

The last thing for our clinicians out there is the hierarchy of what you’re treating. Know what you’re treating. So I would say in the NOAC world, if you have VTE [venous thromboembolism], treat that VTE as a treatment algorithm; then AFib if you’re preventing stroke; and then VTE or thromboprophylaxis and then CAD [coronary artery disease] and PAD [peripheral artery disease] chronically. Because what people get confused, the overlap happens that’s happening. And use proved drugs at proven doses, things that have been studied. Don’t sort of generalize. I think that’s the other issue. 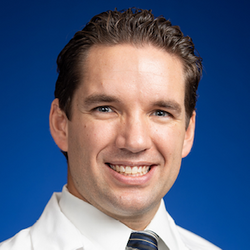 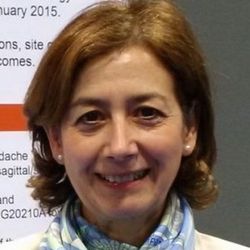