Patients with type 1 diabetes can safely lower their blood glucose levels and hypoglycemia in a home setting with the dual hormone (glucagon and insulin) bionic pancreas, a new study revealed at the American Diabetes Association (ADA 2016) 76th Scientific Sessions in New Orleans, Louisiana. 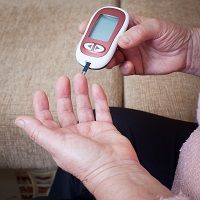 Three previous studies evaluated the fully automated pancreas in children and adults with type 1 diabetes, however, they were in supervised settings. This is the first study to test the device in adults, with no restrictions on diet or exercise, in a home setting.

Those first three studies consisted of a pair of trials published in 2014 that evaluated the bionic pancreas and insulin pump in a summer camp setting. One of the studies looked at 32 adolescents and camp counselors with type 1 diabetes (ages 12 to 20) as they used the therapies for five days. The second one included 20 adults (at least 21 years old) who were evaluated during the day and restricted to a hotel at night. The third study, which was published in early 2016, assessed the safety and effectiveness of both the bionic pancreas and insulin pump in 19 children with type 1 diabetes (ages 6 to 11).

Needless to say, a great amount of data has been accumulated on both therapies in recent years.

“These results, in addition to the results from our previous studies, suggest that the bionic pancreas, as an autonomous system, could profoundly reduce patient burden and provider involvement in type 1 diabetes management,” one of the lead investigators Edward R. Damiano, PhD, a professor of Biomedical Engineering at Boston University, said in a news release.

The latest research presented at ADA 2016 included 39 adults with type 1 diabetes (33 years old and older). The participants had been diagnosed with the condition, on average, seven years prior and the mean baseline A1C was 7.7. They used the bionic pancreas for 11 days and then used the insulin pump for 11 days while going about their normal daily activities — including exercise, driving, and eating meals without caloric or carbohydrate restrictions.

After 11 days of each therapy time, the results were in. Compared to the insulin pump, the bionic pancreas showed to reduce average blood glucose levels by 20 mg/dl (141 vs. 162). The bionic pancreas was also associated with a threefold reduction in the percentage of time (1.9% vs. 0.6%) a patient experienced hypoglycemia (defined as blood glucose levels below 60 mg/dl).

Damiano identified four key areas that the bionic pancreas could benefit patients the most:

1. Reduces mean glycemia and could potentially eradicate long-term microvascular and neurological complications if implemented at the time of diagnosis

3. Automates glycemic management and take the burden off of patients

4. Takes away the constant fear of hypoglycemia and worry of hyperglycemia