“Research in the basic and clinical sciences during the past decade has produced new information on the epidemiology, etiology, pathophysiology, diagnosis, and treatment of functional bowel disorders,” said Fermin Mearin, MD, PhD, of Hospital Quiron in Barcelona, Spain, at a presentation at Digestive Disease Week 2016, a joint meeting of the American Academy for the Study of Liver Diseases (AASLD), American Gastroenterological Association (AGA), the American Society for Gastrointestinal Endoscopy (ASGE), and the Society for Surgery of the Alimentary Tract (SSAT).

“The main change is conceptual in that these disorders are not independent entities. There is huge overlap, with data increasingly showing that functional disorders are part of a larger spectrum,” said Mearin. “In fact, often times, it can be impossible, for example, to distinguish between IBS with constipation (IBS-C) and functional constipation or IBS with diarrhea (IBS-D) and functional diarrhea.” The data show that, over time, patients often transition quite frequently between one functional bowel disorder to another or from one predominant symptom to another.

“The change in the definition of IBS to exclude the term ‘discomfort’ from the current definition and diagnostic criteria is important because the word doesn’t exist in all languages and is confusing and nonspecific,” Mearin explained.

The new criteria also reflect the use of new technologies, such abdominal plethysmography, and insights into the pathophysiology of distention. Finally, the guidelines now recognize that patients with functional abdominal bloating/distension may also report symptoms of mild abdominal pain a/or minor bowel movement abnormalities.

Finally, a separate category was created for opioid-induced constipation, which the committee felt should not be considered a distinct functional gastrointestinal disorder but instead should be categorized as an opioid-induced adverse event. Mearin noted that there may, however, frequently be overlap between the disorders; for example, functional constipation may overlap with or exacerbate OIC. 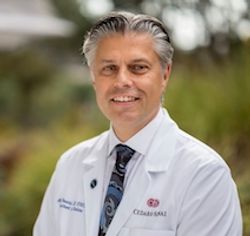 PPI Use Does Not Lead to Bacterial Overgrowth 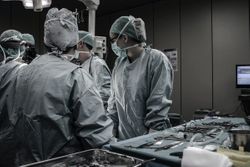