FLT201 Shows Promise as a Gene Therapy for Gaucher Disease

FLT201 is a combination of AAVS3 capsid and a liver-specific promotor to drive the expression of GCasevar85. 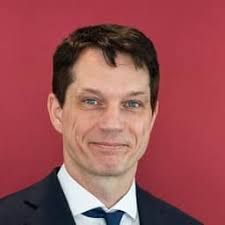 Freeline Therapeutics Holdings announced the data with 1 oral and 3 e-poster presentations the 17TH Annual WORLDSymposium showing the benefit of FLT201 allowing them to move forward with the first ever in-human dose finding studies of the gene therapy.

The gene therapy is a combination of AAVS3 capsid and a liver-specific promoter that drives the expression of GCasevar85.

“These data demonstrate preclinical proof-of-concept for the potential of the program to provide functional cures in patients with the most common form of Gaucher disease, Type 1. Included in these data are demonstration of GCase expression, cellular uptake, tissue penetration, enzymatic activity, and clearance of disease causing substrate, glucosylsphingosine (lyso-Gb1),” Romuald Corbau, PhD, Chief Scientific Officer of Freeline, said in a statement. “Considered in totality, these data suggest FLT201 may be able to deliver sustained GCase expression in difficult-to-reach tissues, such as bone marrow and lung, as evidenced by the substrate clearance.”

In the first study, involving a wild-type mouse, FLT201 resulted in robust GCase expression in the liver and sustained GCase secretion into the plasma, with enhanced and sustained GCase uptake observed in key tissues involved in Gaucher disease including spleen, bone marrow and lung.

In addition, the researchers used Gba-deficient mice and found the treatment resulted in the restoration of GCase activity in difficult-to-reach tissues, observed by decreased levels of disease causing substrate, lyso-Gb1, increased concentrations of plasma GCase and reduced activated macrophages and inflammation in the lung.

The investigators also found from in vitro studies the treatment allowed GCasevar 85 to be taken up by human peripheral blood mononuclear cells and macrophages at levels comparable to those seen with ERT.

Finally, the gene therapy treatment in rhesus macaques was well-tolerated with rapid and robust increases in plasma GCase levels.

In the second poster, the researchers found variant 85 showed the highest level of GCase activity when transduced using AAVS3 in Huh7 cells, with more than an 80-fold increase in activity compared to wild-type GCase. GCasevar85 also showed increased stability in different physiological media compared with enzyme replacement therapy, without differing in its fundamental enzymatic parameter KM.

In the third poster, the researchers showed a custom in vitro phage display library against the enzyme α-galactosidase A (GLA) to screen and develop a unique GLA neutralizing IgG4 antibody.

Freeline is expecting to initiate the first in-human dose finding studies of FLT201 by late 2021.

“FLT201 data suggest that our gene therapy candidate for Gaucher disease is capable of delivering β-glucocerebrosidase variant 85 to tissues not sufficiently addressed by standard-of-care enzyme replacement therapy,” said Theresa Heggie, Chief Executive Officer of Freeline, in a statement. “In addition, we believe steady delivery of enzyme into target tissues to enable sustained clearance of pathologic substrate has the potential to offer significant improvements in clinical outcomes over existing standard of care.”