No approved treatment for leber hereditary optic neuropathy is currently available in the United States.

Overall, the therapy was well-tolerated in patients, had a favorable safety profile, and was shown that it may lead to clinically meaningful improvements.

“Therapeutic options for adolescent and adult patients with LHON are currently limited to idebenone (Raxone®), a synthetic analog of coenzyme Q10, which is approved only in Europe under exceptional circumstances for treatment of LHON,” Vignal-Clermont and team wrote.

They further acknowledged that no approved treatment exists in the United States.

Among the exclusion criteria were vision loss in the fellow eye, glaucoma, diabetic retinopathy, macula edema, vitreoretinal disease, pathology of the retina or the optic nerve, retinal vein occlusion, narrow angles, optic neuropathy for other causes, or any other disease that would have an effect on visual function.

Eligible patients were divided into a dosing cohort to receive a single injection and then were followed-up immediately at day 3 for safety and efficacy assessments.

The study’s primary endpoint was the overall incidences of adverse events up to 5 years post-treatments for each dosing level and for the treatment as a whole.

Throughout the follow-up period, the investigators noted no serious adverse events that were considered related to treatments.

“Anterior chamber inflammation and vitritis were mostly managed with topical steroids, and ocular inflammation was considered to be dose limiting by the independent data safety monitoring board based on the benefits/risks for the subjects,” the investigators wrote.

In terms of efficacy, the team reported that analysis of the LogMAR BCVA in both treated and untreated eyes showed clinically relevant and durable improvements compared with baseline.

Thus, at 5 years post-treatment, the final value of LogMAR was +1.96 and +1.85, respectively, for the treated and untreated eyes.

As for those treated with the optimal dose level of 9 × 1010 viral genomes/eye (n = 6), the mean visual acuity improvement from baseline was −0.68 LogMAR for treated eyes and −0.64 LogMAR for untreated eyes.

The final mean value for the treated and untreated eyes were LogMAR +1.77 and +1.78, respectively.

“While there was a meaningful improvement in visual acuity for REVEAL subjects, the final visual acuity was less favorable than that seen in the two subsequent pivotal phase III studies in which subjects were treated earlier during the course of their disease,” Vignal-Clermont and colleagues wrote.

Nevertheless, the team acknowledged that these findings are a promising prelude to the Phase III RESCUE and REVERSE studies, which are running in tandem and currently assessing the efficacy of the single injection of the gene therapy in a larger population.

The study, "Safety of Intravitreal Gene Therapy for Treatment of Subjects with Leber Hereditary Optic Neuropathy due to Mutations in the Mitochondrial ND4 Gene: The REVEAL Study," was published online in BioDrugs. 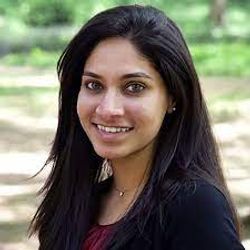 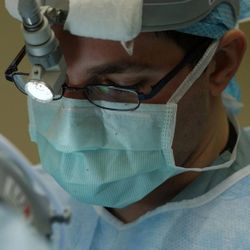 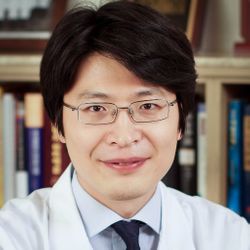