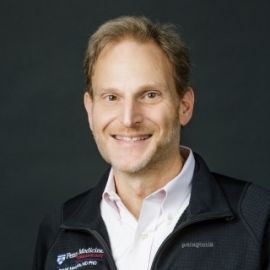 The findings, from a cohort assessing association between patient characteristics and their state of function variants with FLG, further evidences the role of heritability in AD prevalence and severity, but a discord in genetic variation interpretation.

An investigative team led by David J. Margolis, MD, PhD, of the Perelman School of Medicine at the University of Pennsylvania, conducted a US-based cohort analysis of children with mild to moderate AD identified through the Pediatric Eczema Elective Registry (PEER).

Margolis and colleagues noted that AD patients of African ancestry do not frequently exhibit FLG LoF variants—a trend that breaks from that of patients from Asian or European ancestry.

“Several studies have shown that the prevalence of FLG LoF variants differs by race,” investigators wrote. “The goals of the present study are to comprehensively describe and compare results from fine sequencing of FLG LoF variants in US children of African and European ancestry and to evaluate the association of these variants with the risk of onset and the persistence of AD.”

A white child carrying any FLG LoF variant compared to an African American child with AD carried an odds ratio of 2.44 (95% CI: 1.76 — 3.39). Some variants were noted to not be observed at all in white patients, investigators wrote.

Margolis and colleagues noted that, as genetic testing is more embraced by the healthcare community to help distinguish individual illness risk and severity, their new findings show the risk of broadly analyzing findings for a common condition such as AD. In fact, not many studies on the association between FLG LoF variants and AD risk even address the patient’s eventual experience with the disease.

“In fact, for many patients, by the time genetic testing is complete, the child already has clinical manifestations of the disease, and parents or patients want to know not only if their child is at increased risk of developing the disease but also information about disease course,” they wrote.

That said, they backed their conclusion that FLG LoF variant is twice more frequent in white children with AD than African American children, despite the latter patient population reporting more prevalent and persistent forms of the disease. Following the standard practice of LFG LoF variant testing would result in about 64% of African American children and 8% of white children being improperly classified.

“Any planned genetic diagnostic test for AD based on FLG LoF variants must be inclusive and not rely on the most frequently studied variants,” they concluded. “Furthermore, use of testing needs to carefully differentiate between disease diagnosis and disease prognostication.”

The study, “Association of Filaggrin Loss-of-Function Variants With Race in Children With Atopic Dermatitis,” was published online in JAMA Dermatology.