May 4, 2016
Ellen Kurek
Conference|Association for Research in Vision and Ophthalmology

Gene therapy with the CRISPR/Cas9 system corrects mutations identified with patient-specific models that use stem cells generated from skin. 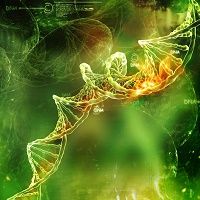 Retinitis pigmentosa (RP) is a heterogeneous genetic disorder that causes the death of the light-sensing photoreceptor cells of the outer retina. It affects up to 80,000 people in the United States alone and currently has no cure. Some of the worst cases with the earliest onset are X-linked RP (XLRP). Mutations in the RPGR gene cause most of these cases and are responsible for about 5% of all inherited retinal degenerative disease.

Two isoforms of RPGR are expressed in all photoreceptor cells, and the ORF15 isoform predominates in retinal disease. Mutations in ORF15 determine whether RP patients have rod-selective disease, which affects night vision, cone-selective disease, which affects color vision, or a mix of both. The Y region of ORF15 has a long, repetitive gene sequence with most of the mutations that cause XLRP. These mutations lead to the truncation of RPGR.

To better understand the pathophysiology of XLRP and how to reverse it in specific patients, a team of University of Iowa investigators modeled RPGR-associated XLRP by using patient-specific pluripotent stem cells (iPSCs) generated from dermal fibroblasts in seven patients with the disease. The team also developed CRISPR/Cas9-based strategies for editing the genes in these cells and correcting their disease-causing mutations. Results of this work were reported at the Association for Research in Vision and Ophthalmology (ARVO) Annual Meeting in Seattle, WA, on May 3, 2016, and were also published in an abstract included in the ARVO proceedings.

Once the iPSCs were generated and their pluripotency confirmed, CRISPR/Cas9 gene-editing constructs were generated to target patient-specific mutations in these cells. These constructs were then transfected into the iPSCs, and correction of their genetic defect was confirmed. The team reported transfection efficiencies of 30%. The modified clone cells that resulted from these procedures were then isolated and their populations expanded via reporter selection.

The researchers then used the corrected or uncorrected cell lines to create 3D model retinas and study them in detail. In his presentation at ARVO, team member Joseph Giacalone reported that, after 30 days of development, the cells formed an actively dividing structure. Moreover, the model eyecups were found to display five different markers specific to photoreceptor cells.

The team concluded that cell lines developed with the methods they evaluated provide valuable tools for characterizing the RP phenotypes and developing patient-specific gene therapies and autologous cell-based treatments for RP.