Germ Cell Tumors Have the Potential to Become Leukemia

Justin Taylor, MD, explains new and unique data that show cases in which a solid tumor can become a hematologic malignancy, or leukemia.

At the 60th ASH Annual Meeting & Exposition in San Diego, California, Justin Taylor, MD, attending physician in the Leukemia service at Memorial Sloan Kettering Cancer Center, presented new and unique data that showed cases in which a solid tumor can become a hematologic malignancy, or leukemia.

With these valuable learning cases, Dr. Taylor explained how the data may be applied to gain a greater understanding of the biology of these tumors. Since the longest-reported survival for these types of patients has been 5 months, he also expressed his interested in the data’s potential for use in investigational therapies.

Taylor: "We presented a study on a rare syndrome of patients who have cancer that's called germ cell tumor, [which is] not a blood cancer. There's a subset of those patients that get leukemia or other myeloid hematologic malignancies, and so what we're really presenting on is: in those rare individuals where you have these 2 cancers, is there any relationship between the 2? We showed that there is, and in fact, it's not the usual secondary cancers that happen because of chemotherapy or radiation. It's more that the germ cell tumor can actually become leukemia.

The reason why we wanted to study this and [why] it's important is that it's unfortunately universally fatal. In the occurrence of hematologic malignancy in a patient with germ cell tumors, there haven't been any reported long-term survivors. In our case, the average survival was just 5 months. The more we can understand about the biology of these tumors, maybe we can learn about new treatments.

Germ cell tumors themselves are rare, but in the 20- to 30-year-old male population, it's the most common type of cancer. We're trying to find out if we can predict which of those patients might be at risk for developing leukemia. We have a couple markers, some that have not been known about, like the presentation in a mediastinum location or in the chest, some of the cytogenetic markers that I mentioned, and now we've added some genetic markers as well that might be able to predict. Although with this small study, we weren't able to look at that.

Now knowing the mutations that these leukemias carry, they're different than leukemias that occur independent of germ cell tumors, and so there might be new targets for therapies there.” 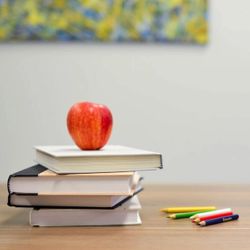