A modified Goeckerman regimen was associated with significant improvement of symptoms in patients with chronic, severe atopic dermatitis.

A modified Goeckerman regimen was associated with significant improvement of symptoms in patients with chronic, severe atopic dermatitis (AD) in a small prospective study conducted at the University of California, San Francisco (UCSF).

"A modified Goeckerman regimen may be an effective treatment for AD by targeting neurologic, inflammatory, and epidermal barrier components involved in the pathogenesis of the disease," the investigators indicated.

The results from the study of five patients who had failed to respond to standard phototherapy were reported by John Koo, MD, Department of Dermatology, the Psoriasis and Skin Treatment Center, UCSF, and colleagues in an article, “Successful Use of a Modified Goeckerman Regimen in the Treatment of Chronic Severe Atopic Dermatitis: A Prospective Pilot Study,” published in the November issue of the Journal of the American Academy of Dermatology.

The Goeckerman regimen, a combination of topical crude coal tar (CCT) and broad-band ultraviolet B (UVB) phototherapy, was developed in the 1920's for psoriasis. Although generally considered effective for this condition, its use has been limited by several factors. The topical preparation is odorous and messy, the phototherapy schedule is costly and time intensive, the regimen can produce contact dermatitis and phototoxic reactions, and there has been comparable success with biologics, albeit at even greater expense.

With some preliminary evidence of its utility for AD in the literature, Koo and colleagues provided a modified Goeckerman regimen to five out-patients having an average baseline Scoring Atopic Dermatitis (SCORAD) measure of 60.86 and investigator global assessment (IGA) of 4.2. The regimen consisted of UVB therapy followed by CCT and topical corticosteroids under occlusion for at least 4 hours, with patients receiving a mean of 27 sessions in the period between September 2014 and April 2015.

The investigators reported that all patients achieved an IGA of 1 at final assessment, and a 73.8% mean reduction of SCORAD to an average measure of 15.9. The mean remission period was 7.6 months, with patients given continued access to the regimen for recalcitrant areas as needed. Mild phototoxic reactions were reported, but managed by reduction of UVB dose.

"Based on the efficacy in our patients," Koo and colleagues said, "dermatologists should consider Goeckerman therapy for patients with chronic severe AD, even if they have failed standard phototherapy." 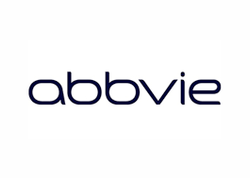