Retrospective study results indicate that golimumab may be a new and effective choice for maintaining remission and preventing recurrence of severe, recurrent anterior uveitis in patients with HLA-B27-positive ankylosing spondylitis.

The anti-tumor necrosis factor alpha (anti-TNFα) agents adalimumab (Humira, Abbvie) and infliximab (Remicade, Janssen) are the most frequently used biological agents for severe uveitis associated with HLA-B27-positive ankylosing spondylitis (AS). However, golimumab (Simponi, Janssen), which has activity against IgGκ as well as TNFα, is approved by the U.S. Food and Drug Administration for use in adults with active AS and has been used successfully in HLA-B27-positive anterior uveitis patients who were resistant to several immunosuppressive agents.

For example, in a Spanish multicenter study of a heterogeneous group of patients with resistant, immune-mediated uveitis that was not associated with AS, the HLA-B27-positive subgroup of 4 patients with anterior uveitis all achieved complete control of inflammation after 6 monthly injections of golimumab, 50 mg.

To evaluate the efficacy of golimumab in treating severe and frequently recurring anterior uveitis in patients with HLA-B27-positive AS, a Turkish team retrospectively analyzed results of subcutaneous golimumab, 50 mg monthly, in 15 eyes of 12 such patients treated between May 2013 and October 2015.

Mean follow-up was 11 months (range: 8—18 months). Assessment criteria included uveitis activity, number of recurrences of uveitis, visual acuity, and use of a systemic corticosteroid or another drug to maintain remission of anterior uveitis.

Golimumab induced a remission of uveitis in 12 of 15 eyes (80%) and an increase in visual acuity (P = 0.002). Except for 2 patients (17%), who required 4 mg of oral steroids for systemic maintenance, no topical or systemic steroid therapy was needed in 83% of the study patients.

Malign hypertension developed in one patient after the second dose of golimumab, and this adverse event prompted discontinuation of therapy in that patient as well as exclusion from the study. With the exception of this patient, no uveitic reaction was noted in the study patients.

These results prompted the investigators to conclude that golimumab may be a new and effective choice for maintaining remission and preventing recurrences of severe, resistant anterior uveitis in patients with HLA-B27-positive AS. 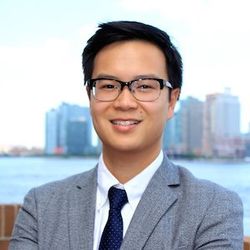 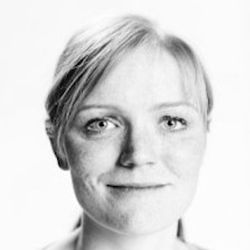