The latest clinical research into gout.

The age-standardized serum uric acid (sUA) gout relationship demonstrated a differential impact of sUA level on gout incidence between men and women, according to a recent study by researchers in the School of Medicine at the China Medical University in Taichung, Taiwan.

Previous reports have suggested that gout incidence increased with (sUA) level. “In addition to sUA, we aimed to examine the gender-specific risk factors for incident gout,” the researchers wrote in the study, which was published in Clinical Rheumatology.

The prospective study was conducted using data of the MJ Health Screening Center and outcome database from Taiwan’s National Health Insurance. The Cox proportional hazard model was used for risk analysis of incident gout. During a mean follow-up of 7.31 years for 132,556 individuals aged ≥18 years, 1,606 subjects (1,341 men and 265 women) with clinical gout were defined.

Genome Study for Serum Urate and Gout Among African Americans

Data published in a recent study supports the importance of multi-ethnic genome-wide association studies (GWAS) in the identification of novel risk loci as well as functional variants.

“Serum urate concentrations are highly heritable and elevated serum urate is a key risk factor for gout. Genome-wide association studies of serum urate in African American (AA) populations are lacking,” researchers from the Johns Hopkins Bloomberg School of Public Health wrote in the study, which was published in Human Molecular Genetics.

The researchers conducted a meta-analysis of GWAS of serum urate levels and gout among 5,820 AA and a large candidate gene study among 6,890 AA and 21,708 European Americans (EA) within the Candidate Gene Association Resource (CARe) Consortium. Findings were tested for replication among 1,996 independent AA individuals, and evaluated for their association among 28,283 EA participants of the CHARGE

“In summary, we identified and replicated one novel locus in association with serum urate levels and experimentally characterize the novel G65W variant in URAT1 as a functional allele. Our data support the importance of multi-ethnic GWAS in the identification of novel risk loci as well as functional variants,” the researchers wrote. 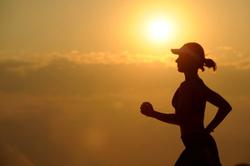 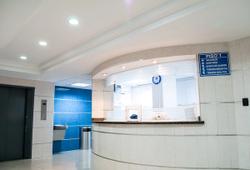