After nearly a year of therapy, 84.5% of patients treated with guselkumab achieved at least 90% severity index improvement, compared to 70% of those treated with secukinumab.

In newly published data from the phase 3 ECLIPSE head-to-head study, a greater rate of patients administered interleukin 23 (IL-23) inhibitor guselkumab achieved an improvement of 90% or more Psoriasis Area Severity Index (PASI 90) score from baseline at week 48 than those administered secukinumab, an IL-17 inhibitor marketed by Novartis.

The data—presented by Janssen Pharmaceutical Companies of Johnson & Johnson at the 3rd Inflammatory Skin Disease Summit in Vienna—indicates an advantage of symptom care with 100 mg guselkumab versus 300 mg secukinumab for severe plaque psoriasis, as tested in 1000-plus patients.

In the multicenter, randomized, double-blind, active comparator trial, investigators randomized 1048 patients with severe plaque psoriasis to receive either 100 mg guselkumab subcutaneous injection at baseline, weeks 4 and 12, then once every 8 weeks; or a pair of 150 mg secukinumab subcutaneous injections at baseline, weeks 1-4, then once every 4 weeks.

Patients were assessed for the proportion which achieved PASI 90 response at week 48, with secondary endpoint PASI and Investigator’s Global Assessment (IGA) analysis at weeks 12 and 48. Safety monitoring was tracked through week 56.

At week 48, 84.5% of patients treated with guselkumab achieved PASI 90, compared to 70% of those treated with secukinumab (P < .001). The former therapy also demonstrated non-inferiority to the latter in PASI 75 response at weeks 12 and 48 (84.6% vs 80.2%; P < .001). As this was the first major secondary endpoint and the therapy did not achieve superiority, P-values for the 5 subsequent major secondary endpoints were considered nominal.

Safety profiles observed for both therapies were consistent with those observed in registration trials and in current prescribing information. Slightly fewer patients administered guselkumab (77.9%) reported at least one adverse event (AE) than those administered secukinumab (81.6%). Serious AEs were reported in just 6.2% and 7.2% of the treatment arms, respectively. Through 44 weeks, 5.1% (n= 27) of patients on guselkumab discontinued therapy, compared to 9.3% (n= 48) of those on secukinumab.

In an interview with MD Magazine®, Bruce Randazzo, MD, PhD, Senior Director of Clinical Research, Dermatology at Janssen, said the benefits of guselkumab were proven beyond the endpoints. He noted that a response curve detailed the long-term trajectory of both drugs: while treatment response to guselkumab plateaued around week 20 and retained efficacy through week 48, response to secukinumab peaked near week 20 and steadily declined through week 48.

“Moving forward, we will be able to show response curves that are very revealing of how these drugs work over time,” Randazzo said.

Newman Yeilding, MD, Head of Immunology Development for Janssen, added that it was critical for the assessment to span a full year: as plaque psoriasis is a chronic disease, physicians need to be informed on the long-term efficacy of competing drug classes.

He noted that, prior to the head-to-head assessment of guselkumab versus the IL-17 inhibitor, the drug was compared to then-market leader adalimumab (Humira), a tumor necrosis factor (TNF) inhibitor, for PASI 90 response rates.

“We really see this as critical, to provide that full information package to the physician community,” Yeilding told MD Mag. “As new classes of drugs come available in psoriasis care, we’ll always have interest in knowing where our drug would be positioned, in real-world data.”

Long-term data spanning beyond the first year of treatment will soon be available. Randazzo said three-year results from the five-year VOYAGE 1 and 2 trials comparing guselkumab to adalimumab in patients with moderate to severe plaque psoriasis are complete, and will be presented in the near future.

Yeilding reflected on the past 2 decades of clinical development, which allowed such major long-term comparative trials possible in the first place.

“It’s absolutely remarkable, the progress that’s been made, that there’s some fantastic classes of drugs available to patients with plaque psoriasis,” he said. 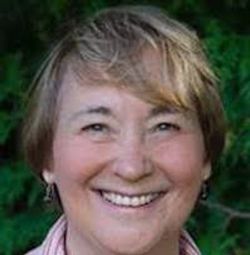 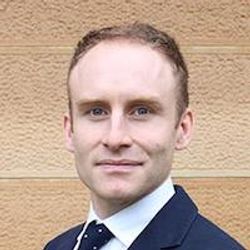