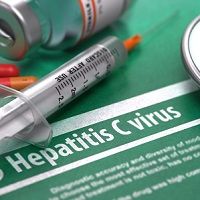 Achieving virologic response of hepatitis C virus (HCV) with direct-acting antiviral (DAA) treatment conferred long-term resolution of all but the most severe cases of associated cryoglobulinemia vasculitis (HCV-CryoVas), according to findings from a prospective international study.

The VASCUVALDIC 3 study, an extended follow-up of patients presenting with HCV-CryoVas at time of DAA treatment, was conducted to ascertain long-term efficacy of the DAA treatment on CryoVas manifestations and cryoglobulin production, and to identify factors predictive of symptom resolution and those associated with need for immunosuppressant drug treatment despite attaining sustained virologic response (SVR).

"Previous studies on the treatment of HCV-CryoVas included too small number of patients, and had a too short follow up to draw definite conclusion," Patrice Cacoub, MD, MSc, Professor of Internal Medicine at the Pierre and Marie Curie University and head of the Department of Internal Medicine, La Pitié-Salpêtrière Hospital, Paris, France, told MD Magazine®.

"The present study [adds] a major piece in this topic because of the high number of patients analyzed, and the median follow up of 15 months after stopping treatments," Cacoub said.

The open-label, prospective, multicenter study cohort of 148 patients was recruited from patients with HCV-CryoVas between 2014 and 2017. The presence of active HCV-CryoVas was defined by skin, joint, renal, peripheral nerve, central neurologic, digestive, pulmonary, and/or cardiac involvement in addition to positive HCV RNA. The most severe forms of vasculitis presented with skin necrosis, glomerulonephritis, and heart, gut, and/or central nervous system involvement.

The primary end point of the study was complete clinical resolution of CryoVas at week 12 after DAA treatment, defined as improvement of all organs involved at baseline and the absence of clinical relapse. A partial response was ascribed to those with improvement in some but not all organs involved at baseline, and failure to respond was determined when there was no clinical improvement at week 12 after DAA treatment.

All patients were treated with a sofosbuvir (SOF)-based, interferon (IFN)-free DAA regimen for 12 or 24 weeks, with selection and duration of the regimen, as well as use of non-antiviral treatment, such as corticosteroids, immunosuppressants, or plasma exchange, at the discretion of the treatment provider. DAA treatment regimens included SOF plus daclatasvir (n = 53), SOF plus ribavirin (n = 51), SOF plus ledipasvir (n = 23), and SOF plus simeprevir (n = 18).

"In addition, requirement for glucocorticoid/immunosuppressant treatment was noted in only 21% of patients," Cacoub pointed out, "a rate far lower than those reported previously when antiviral combinations used were IFN-based."

The investigators determined that non-response or partial response of CryoVas was more likely in patients with severe forms (odds ratio [OR] 0.33; 95% Confidence Interval [CI] 0.12-0.91) and with peripheral neuropathy (OR 0.31; CI 0.11-0.84). After a median 15.3 months of follow-up after DAA treatment, CryoVas manifestations of purpura was cleared in 97.2% of patients, renal involvement from 91.5%, arthralgia from 85.7%, neuropathy from 77.1% and cryoglobulinemia from 52.2%

"CryoVas patients who presented with a severe form of vasculitis or peripheral neuropathy were 3 times less likely to obtain a complete clinical response," Cacoub and colleagues reported.

"These results are likely to be clinically useful for identifying which patients still would need additional immunosuppressive drugs. For patients with severe forms of life-threatening CryoVas, additive treatments, such as rituximab and/or plasmapheresis, should be introduced rapidly," they recommended.

Cacoub anticipates continuing investigation with patients who have persistent positive serum cryoglobulin despite attaining SVR. "This is indeed the remaining question/challenge," Cacoub said.

"That is, to know how many patients who eradicate the virus will remain cryoglobulin-producer in the long term follow up, suggesting the persistence of clonal B cells and a high risk to develop a lymphoma," he said, adding, "this study is ongoing."

The report from the VASCUVALDIC 3 study, “Long-term Efficacy of Interferon-free Antiviral Treatment Regimens in Patients with Hepatitis C Virus-Associated Cryoglobulinemia Vasculitis,” was published in Clinical Gastroenterology and Hepatology.