For obese patients, bariatric surgery may decrease life threatening heart failure incidents, according to research published in the Journal of the American College of Cardiology. 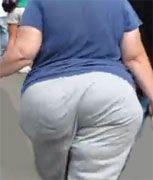 For obese patients, bariatric surgery may decrease life threatening heart failure incidents, according to research published in the Journal of the American College of Cardiology.

The patients underwent bariatric surgery between 2005 and 2011.

The researchers compared their outcome event rate during a 12-month period, using the pre-surgery months 13 to 24 as the reference period. Some studies have suggested there are relationships between obesity and heart failure morbidity, but little is known about the effects of substantial weight reduction in these obese patients with heart failure.

The researchers discovered during the reference period, 16.2% of heart failure patients who had bariatric surgery had a subsequent emergency department visit or hospitalization for heart failure exacerbation. During the pre surgery period, this rate was largely unchanged, at 15.3%.

“We found that bariatric surgery — the most effective way to achieve substantial and sustained weight loss – was associated with a 40% reduction in emergency department visits and hospitalizations for heart failure exacerbation,” corresponding author Yuichi Shimada, MD, MPH, said in a press release. “These findings are important because, while both obesity and heart failure are major public health problems in the US, little has been known about whether substantial weight loss would decrease the risk of heart failure-related adverse events."

The researchers reported there was no significant reduction in the rate of heart failure exacerbation among the obese patients who underwent surgeries other than bariatric surgery, such as cholecystectomy or hysterectomy.

“These results imply that clinicians treating patients with both heart failure and morbid obesity should consider surgical weight reduction to help patients control the risk of heart failure-related events, but it’s also true that some patients have other health problems that make the risks of surgery higher,” Shimada continued, adding that it was important to weigh each patient’s risks against the potential benefit they may glean from the surgery.