Asthma risk and lung disease development can occur as easily and as frequently with smoking alternatives as it does with combustible cigarettes. 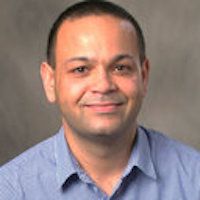 Another smoking alternative is under scrutiny for potential damage to lung disease rates at a time of rising concern over the health impacts of electronic cigarettes. A recent study shows that human airway cell function is altered when exposed to vapors from heated tobacco products (HTP).

HTPs are similar to e-cigarettes in that an electronic device is used, but instead of liquid being heated, tobacco is heated. However, the heat level is a little over half that of a combustible cigarette (350 degrees Celsisu vs. 600 degrees Celsius), according to the World Health Organization (WHO). The process of combustion is what releases more toxic chemicals and carcinogens from cigarettes.

E-liquid can contain varying levels of nicotine or none at all. And while there is plenty of evidence that smoking tobacco is harmful, the health effects of other e-liquid ingredients, such as flavorings (including diacetyl, which is linked to “popcorn lung”), heavy metals and propylene glycol have yet to be fully sorted out.

Investigators, led by Sukhwinder Sohal, PhD, of the University of Tasmania, noted that because use of these smoking alternatives is increasing at a quick pace, it is imperative that research delve into what level of impact they have on respiratory health. Damage to lung cells can eventually cause the destruction of lung tissue, allowing the development of chronic obstructive pulmonary disease (COPD), pulmonary fibrosis, and lung cancer—as well as an increased risk of asthma development.

“E-cig vaping is already at its highest level globally, and many countries are imposing stringent regulations in light of the emerging evidence showing the adverse effects of vaping on human health,” they wrote. “IQOS use is comparatively new; it will take years before we start to know its detrimental effect on human health.”

In an interview with MD Magazine®, Sohal noted these products have been marketed as safer options to traditional cigarettes—particularly to patients interested in smoking cessation&mdash;but that they are equally toxic.

“This is not going to reduce harm,” he explained. “This is not a smoking cessation policy, but a policy to have more users.”

In both the bronchial and smooth muscle cells, combustible cigarettes reduced cell viability and increased lactic acid dehydrogenase (LDH) at concentrations of 1%, 5%, and 10%. IQOS exposure was just as toxic as combustible cigarettes at 1%, 5%, and 10%, while e-cigarette exposure produced toxicity at concentrations of 5% and 10%.

All 3 smoking methods caused the release of chemokines, signaling proteins that play a role in inflammatory cell recruitment, but only with e-cigarettes did this occur at the highest concentration. Sohal and colleagues noted that it had taken nearly 5 decades to understand the detrimental effects of cigarette smoking on users. They’re starting from the beginning with tobacco alternatives now.

“Long-term e-cigarette exposure studies in humans are sparse, limiting our understanding of its direct effects on both disease development and progression,” investigators wrote. “We demonstrate here for the first time that IQOS exposure is as detrimental as cigarette smoking and vaping to human lung cells.”

The team concluded that, though IQOS could potentially increase oxidative stress and inflammation, infections, and airway remodeling, prospective clinical studies must now follow their in vitro IQOS findings to better evidence those risks.

“The healthcare providers should advise their patients not to get exposed to active or passive smoke from these devices,” Sohal said. “Our study clearly shows that it has both upper and lower respiratory tract implications.”